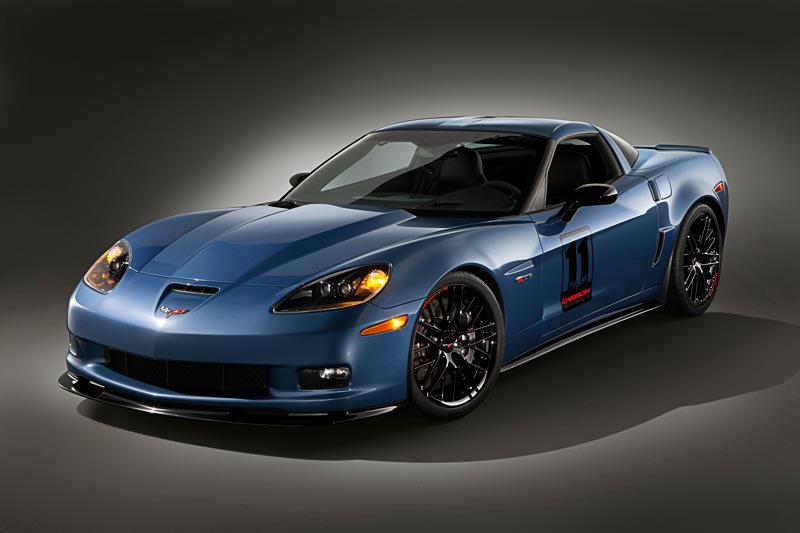 The Corvette model range was further extended for 2011 with the introduction of the Corvette Z06 Carbon Limited Edition. The new Carbon can be thought of as existing between the standard fare Z06 and the top of the line ZR1. While it does not have the 638 hp supercharged engine of the ZR-1, most of the other mechanical bits are included.

The carbon fiber body parts include door mirrors, headlight surrounds, rocker extensions and front splitter. The carbon fiber roof panel is inherited from the ZR1 although it is body color painted, thereby eliminating the absurdly expensive clear coat paint found on the ZR1. The hood is also carbon fiber although it does not feature the polycarbonate (Lexan) engine window. 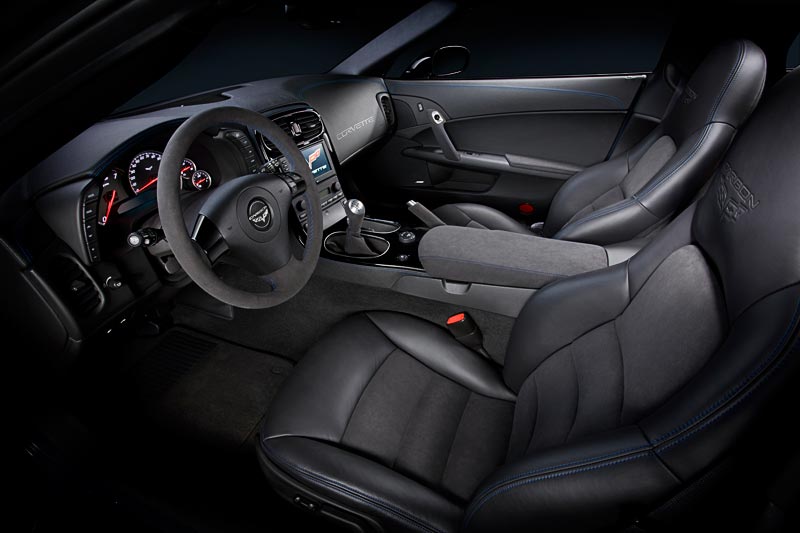 Also in common with the ZR1 are the Supercar sourced Brembo carbon ceramic brakes, this time with specific dark gray metallic calipers. The suspension benefits from the ZR1s driver-adjustable magnetorheological shocks. The lightening effects of the carbon fiber combined with the more robust equipment add up to a wash in the weight department. The Z06 Carbon Limited Edition weighs about the same as the standard Z06 at around 3,150 lbs, which is still about 200 lbs. less than the ZR1. Despite the similar weight, it's estimated that the improved Z06 Carbon Limited Edition will lap three seconds quicker than the Z06 around the world famous Mazda Raceway Laguna Seca in California. 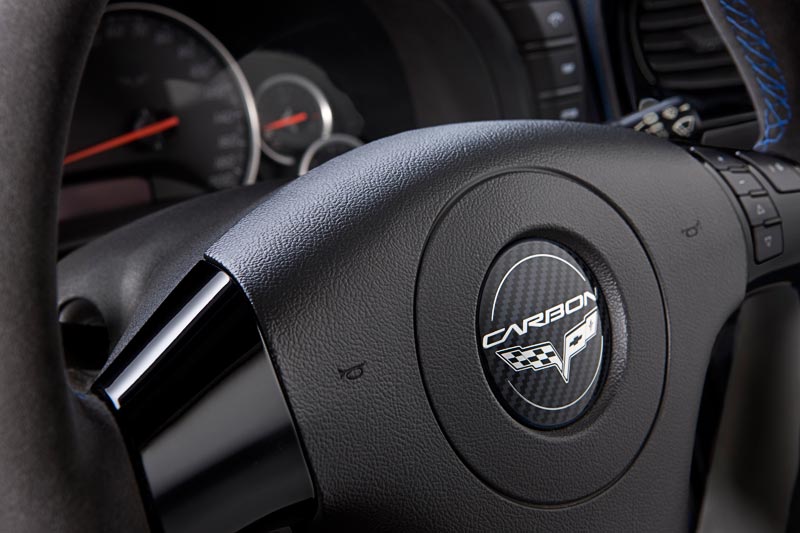 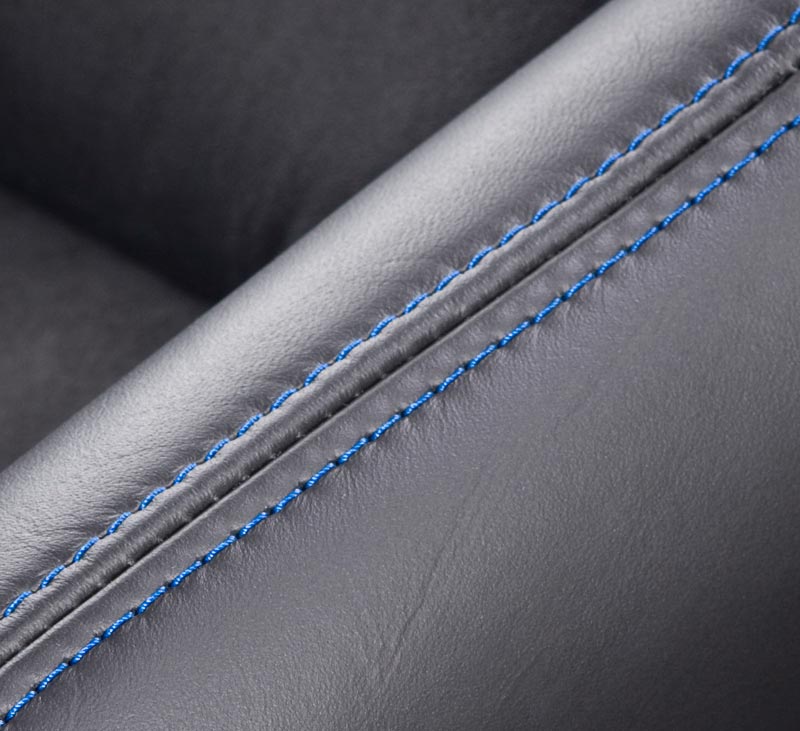 Blue or orange stitching, depending on the exterior color. 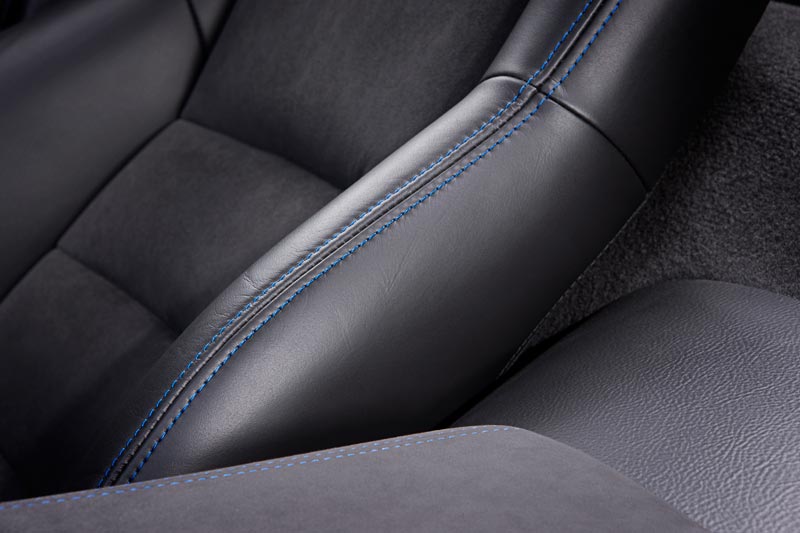 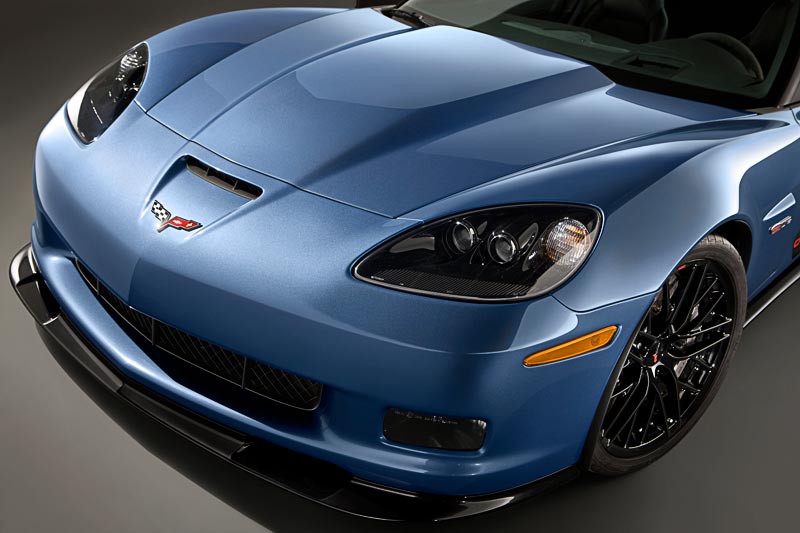 Above: Front splitter, first seen on the 2009 ZR1, channels the very important air towards the right places.

Below: black headlight surrounds give the Z06 Carbon a sinister look. 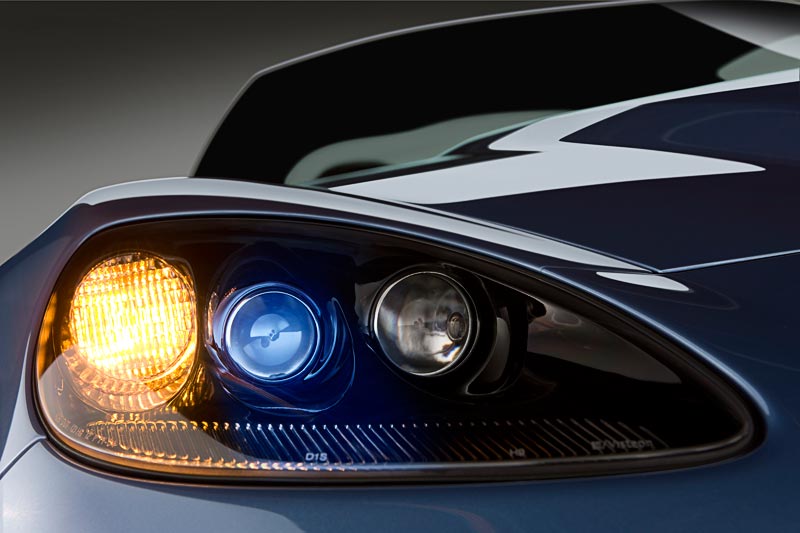 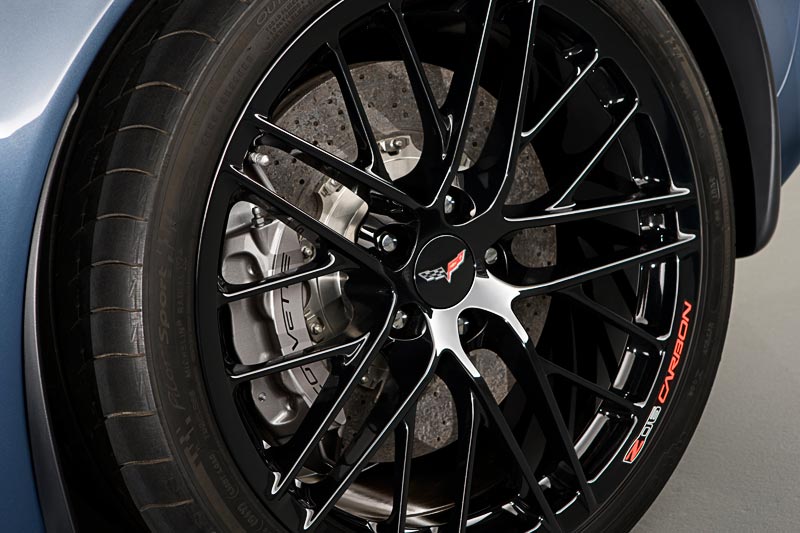 Below: The Carbon Z06 hood is raised approximately one inch as in the ZR1, although the extra room was not required with the Carbon Z06. A special carbon pattern engine cover is included. 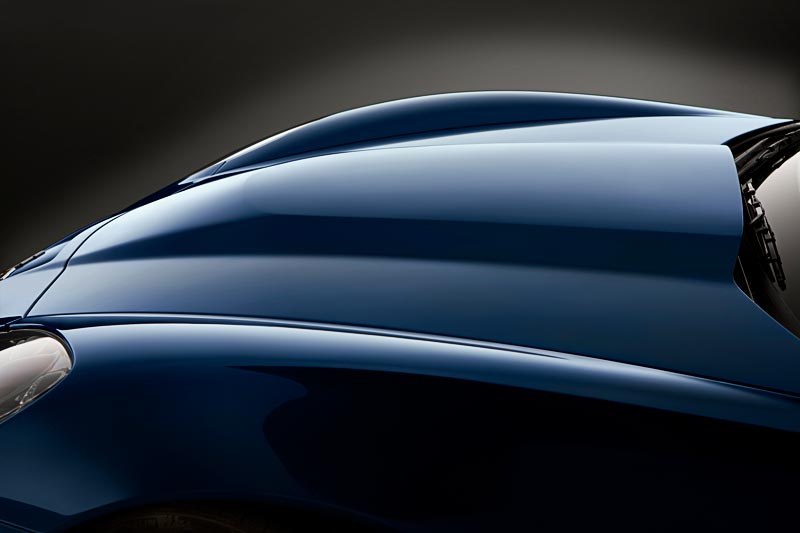 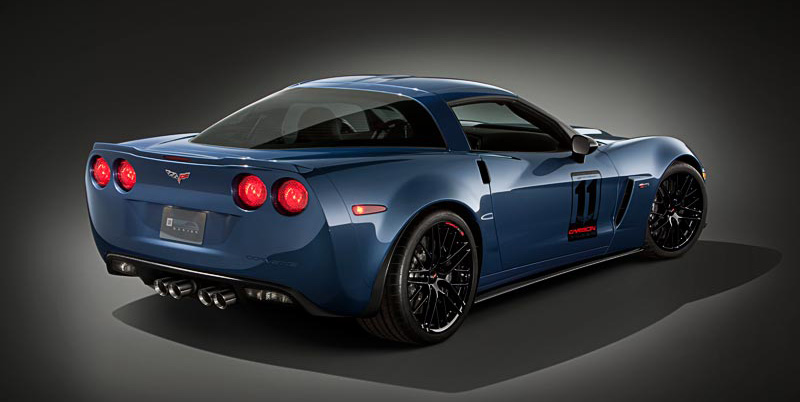 The 2011 Corvette Z06 Carbon Limited Edition is available in two colors: Inferno Orange and (above) a new for 2011 Supersonic Blue. The 2011 Z06 Carbon production will be limited to 500 units. It is possible however, to equip a Z06 with the Carbon Limited Edition upgrades through the Z07 Performance Package (brakes, tires, wheels and Magnetic Ride Control) and the exterior/interior via the CFZ Carbon Fiber Package.

Updates elsewhere in the Corvette lineup were minimal.

Let Them Build it and They Will Come

One of the most interesting options ever available on any car became a choice for Corvette Z06 and ZR1 buyers: The Corvette Engine Build Experience.

The Engine Build Experience (option PBC) comes with a suggested retail price of $5,800. The extra cost allows the owner to assemble, under the close guidance of the regular assembly technicians, their own Z06 or ZR1 engine. After assembly, a personalized plate with the customer's name is placed next to the signature nameplate of the full time assembly tech. The price includes lodging but not transportation to the Wixom, MI PBC (Performance Build Center), where the Z06 and ZR1 engines are built, although a Chevrolet concierge will assist with travel and other arrangements. While it takes about four hours for the production engine builder to create a LS7 or LS9 engine, the customer participation in the Engine Build Experience is estimated to take six to eight hours. The program is possible because of the hand built nature of the Z06 and ZR1 engines. Engine Build Experience engines are covered by Chevrolet's five year / 100,000-mile transferable powertrain warranty.