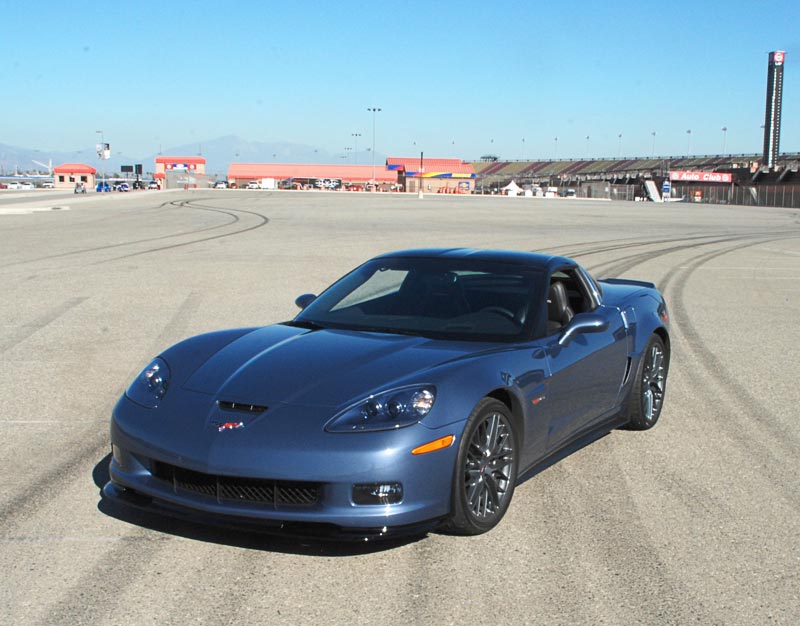 Some race track style seat time was possible at the 2010 Motor Press Guild track day. Although only three laps, and not at full potential speed (with only minimal time to get to know the track and none to familiarize ourselves with the car, it was prudent not to push it) we did get the chance to get a little familiar with the 2011 Corvette Z06 in competition mode. The following observations apply: 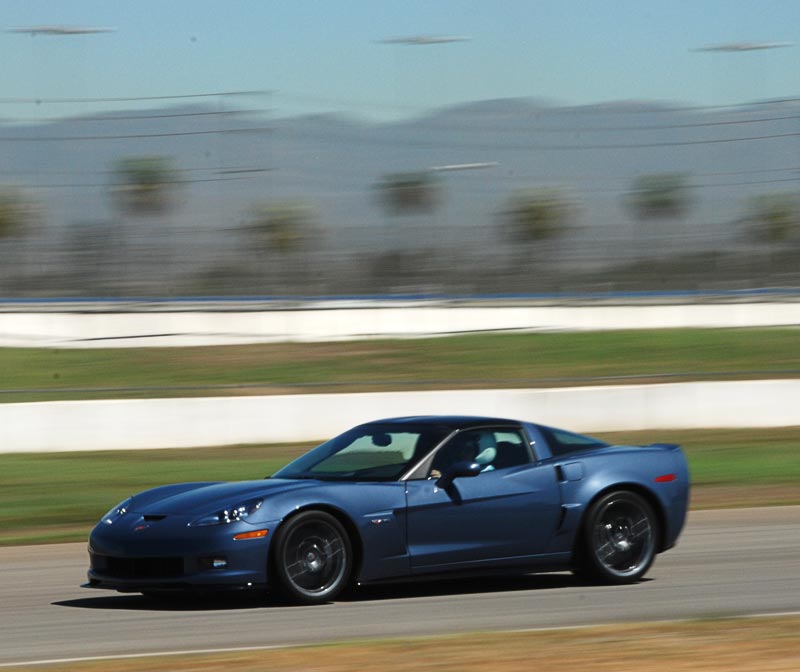 Special mention goes to the MRC (Magnetic Ride Control) System. The technical name for the technology is magnetorheological, but other than to offer a link to the Wikipedia definition, we'll leave it at that. The system can be thought of as a (almost) infinitely and (almost) instantly adjustable shock absorber. A computer is in control of this SuperShock and the result is the best of both worlds: just enough stiffness to keep body sway under control during hard cornering AND a high quality ride for regular street use. 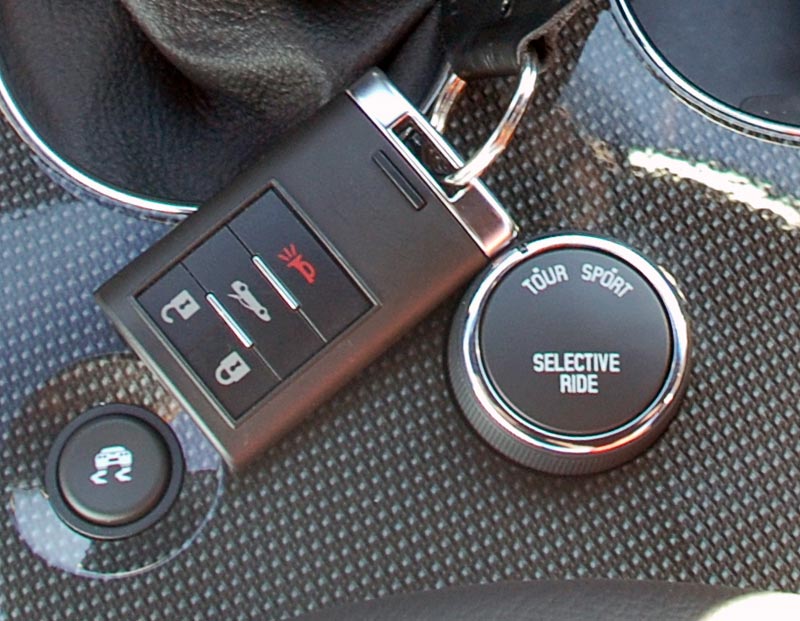 Right: The two mode Magnetic Ride Control adjustment selector. There are two choices, Tour and Sport. The real value behind the Magnetic Ride Control is that it allows a car with suspension settings that are ideal for a race track to ride exceptionally well during typical street driving. Lap times won't be any different, but the real benefit is that the drive to and from the race track won't be filled with bone rattling misery. 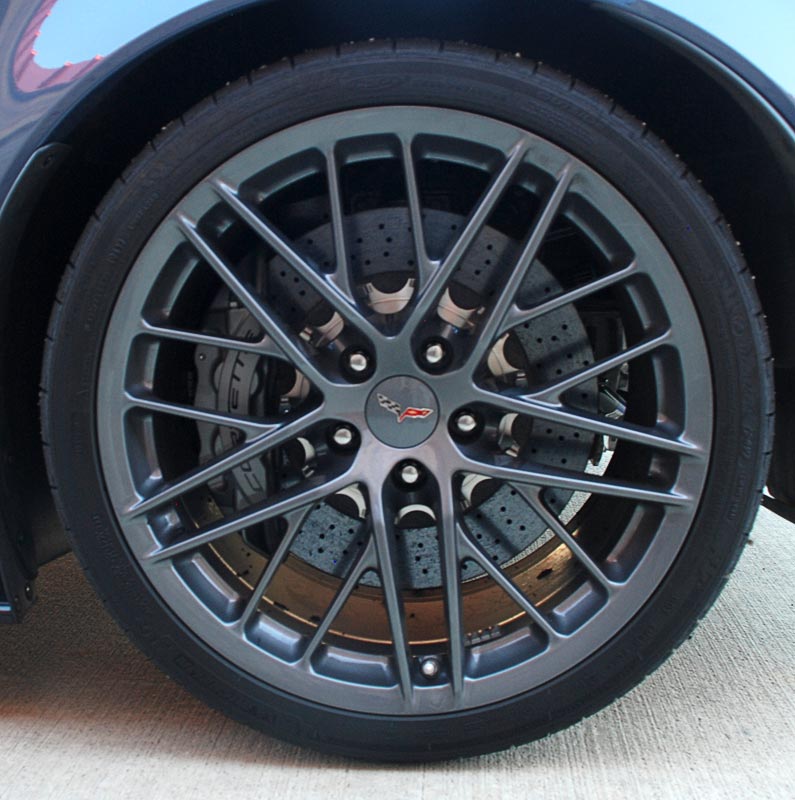 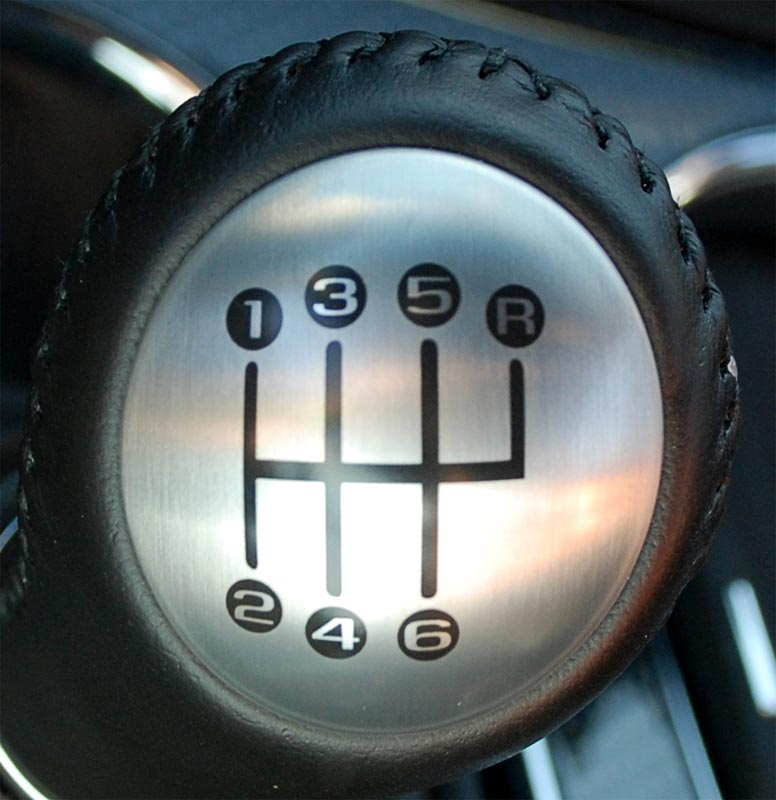 A manual is and has been the only transmission available on a Z06; this includes the original four speed 1963 cars and the six speed Z06s manufactured starting in 2001. An automatic transmission or a paddle shift configuration is not available. 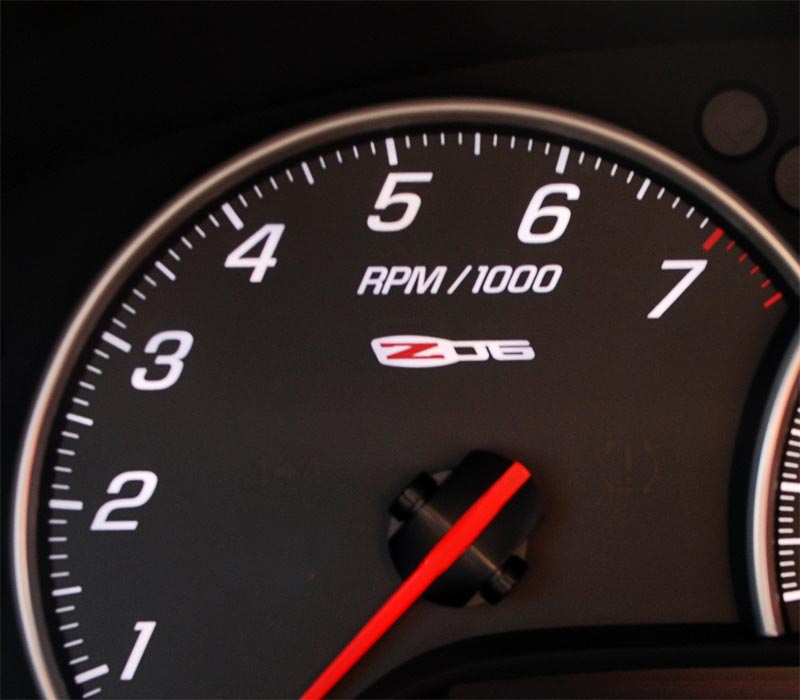 Note the 7,000 RPM redline of the 427 cubic inch / 7.0 liter displacement LS7 motor. Compare this to the 1967 big block Corvette which offered the same displacement but with a 6,000 RPM redline and a 5,400 RPM warning and you get a new appreciation for the engineering effort put into the LS7 engine.

The seats, especially if you intend to pursue the Z06's race track destiny, do need improvement. They are comfortable for sure, and can accomodate a wide range of body shapes. But they are lacking in lateral support and they do not keep the driver in a solid position during hard cornering. This is easily improved courtesy of a number of aftermarket suppliers. Still making that choice via the official options list as opposed to forcing owners to fend for themselves would go a long way towards improving the Corvette Z06's track credibility. Cadillac CTS-V Coupe buyers can specify Recaro Performance Seats for an extra $3400; surely Corvette owners should have the same opportunity.