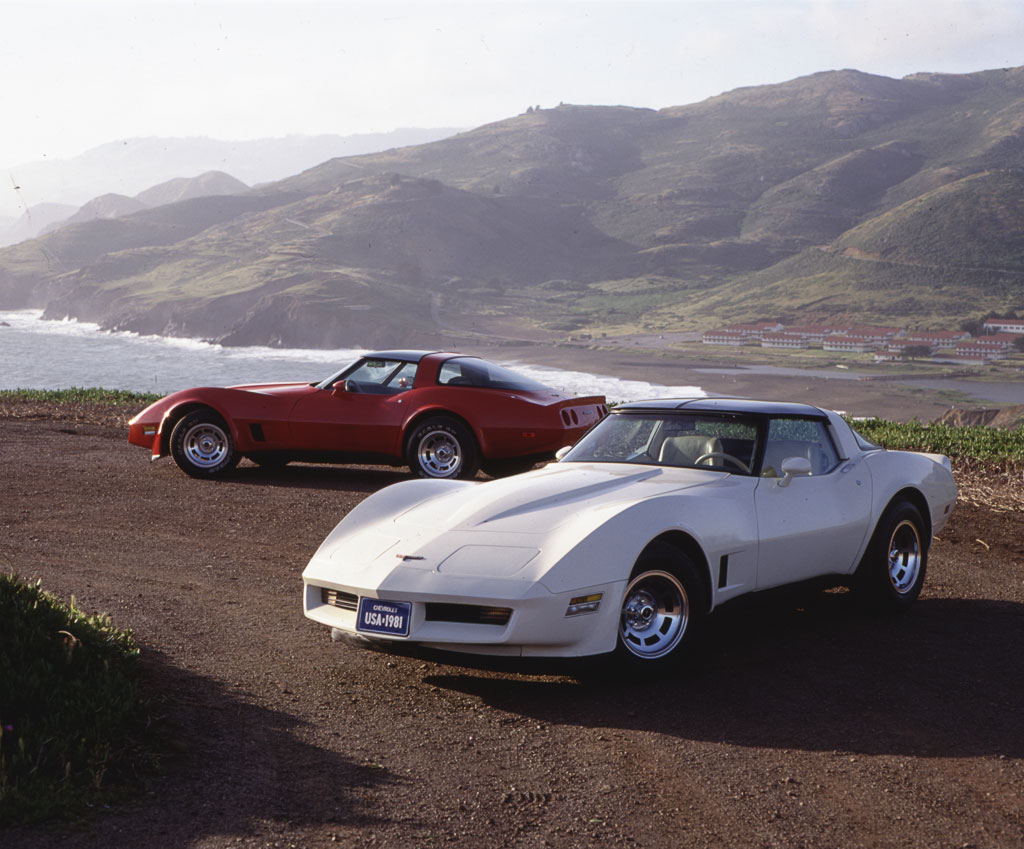 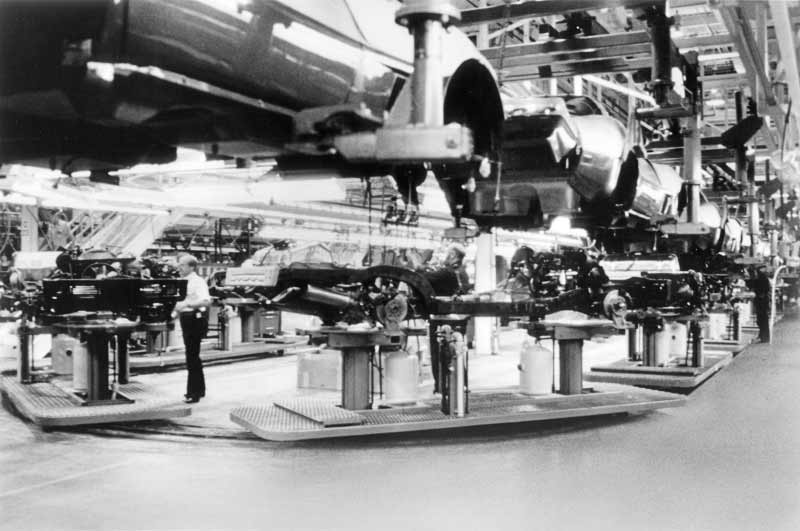 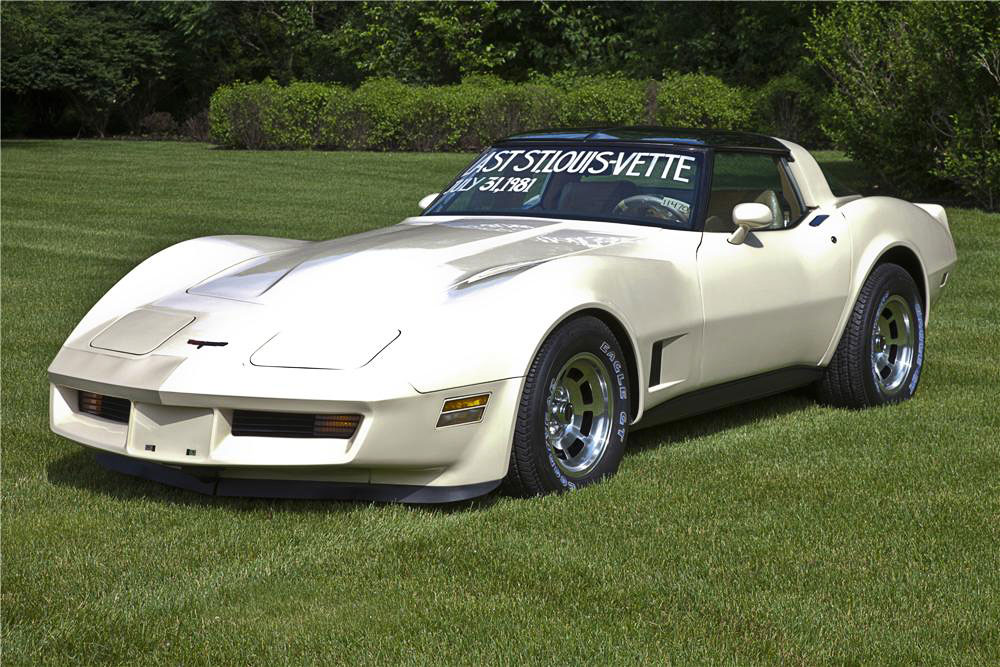 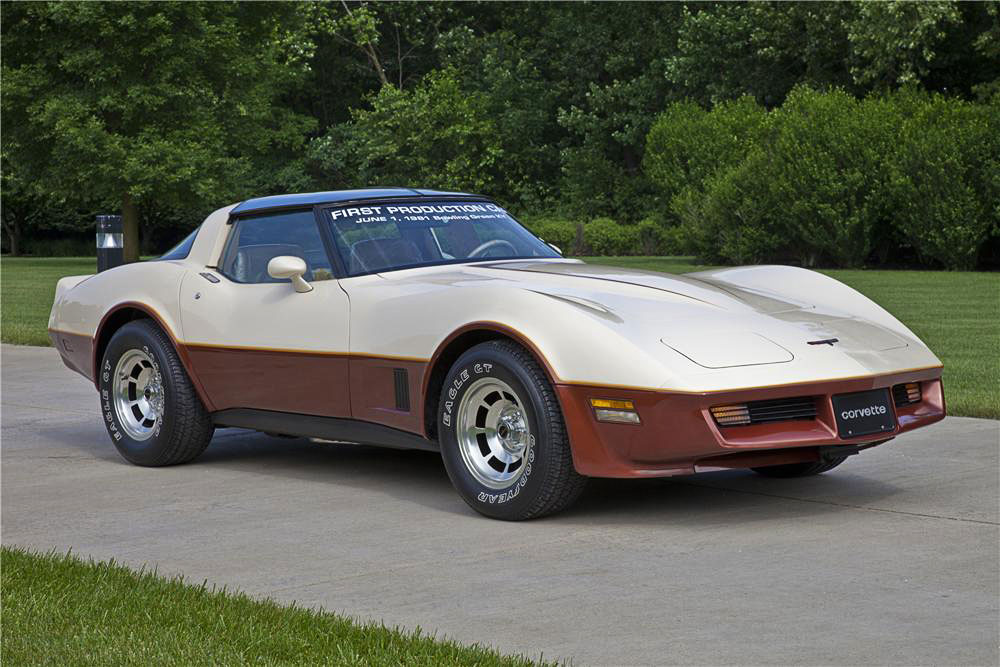 If you look at the list of available colors for 1981, you'll see that it is very long; 22 choices, far more than any other Corvette year. You'll even see the same color listed twice - there are several silvers and a couple of beiges for example. The reason is that the two assemble plants used different paint processes; St. Louis MO used acrylic lacquer and the newer Bowling Green KY plant used enamel based paint. 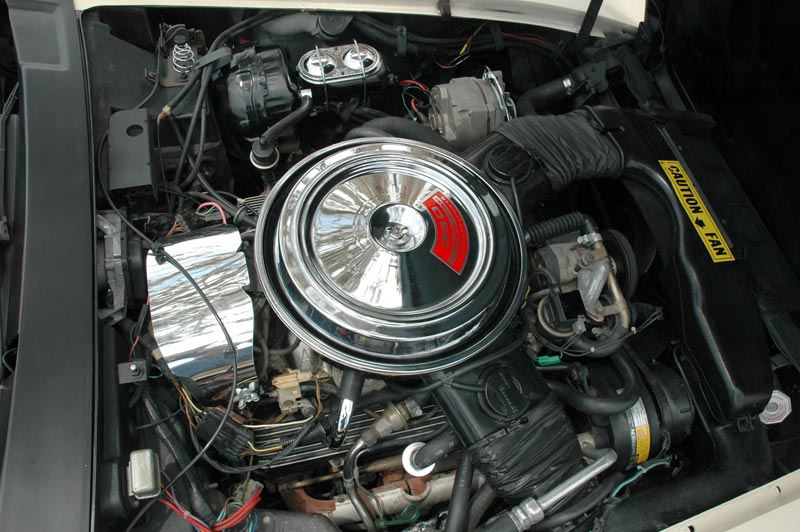 Engine bays had been getting crowded for some time as a myriad of plumbing and assorted paraphernalia was added to meet anti-pollution requirements. For the first time since 1954, there was only one engine available. Automatic and four speed manual transmissions were possible and the price was the same for either. A "computer command control" which in 1980 had been part of California bound Corvettes was installed in all Corvettes. The system controlled ignition timing and air-fuel mixture, a necessity for tailpipe emissions compliance. The 350 cu. in. 190 hp L81 was, along with both the automatic and four speed manual transmissions, legal in all 50 states. 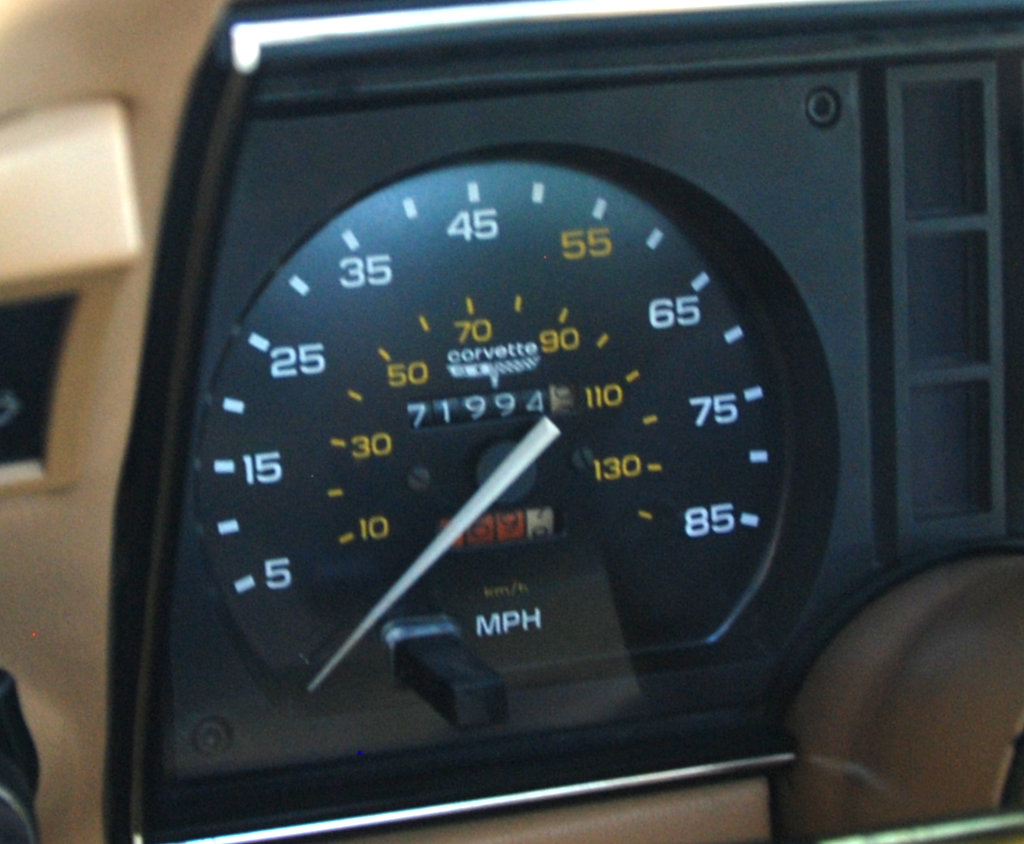 85 MPH was the maximum reading on the 1981 Corvette speedometer and was a Federal Safety requirement intended to conserve fuel. Note the emphasis on the "55" reading, also a federal requirement. The regulations did not have the desired effect as fuel consumption remained mostly the same. These were the days of the 55 mph speed limit (derisively known as the "double nickels") which was widely ignored and ridiculed. The legal requirement ended in 1981 as the result of the need to eliminate excessive government regulation.

Corvette owners typically do not like to conform and ingenuity came to the rescue in the form of a .610 gear set placed in the speedometer cable. This meant that the kilometer per hour scale could be used to accurately display speed beyond 85 mph.