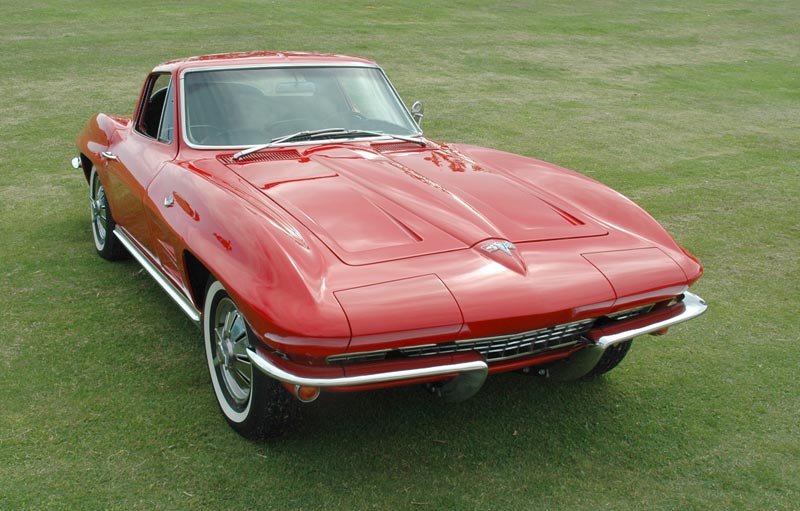 People were still catching their breath after the amazing changes in the 1963 Corvette, so updates for 1964 were minimal.

Below: The biggest development was the elimination of the split rear window. 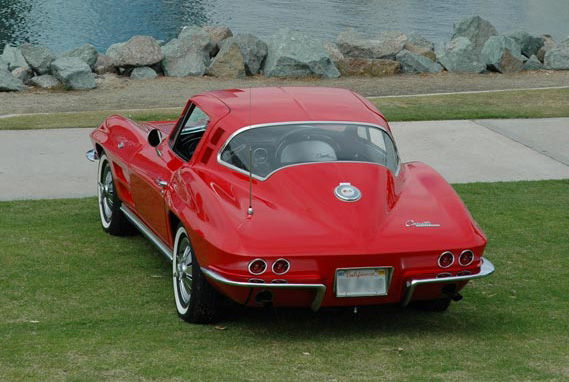 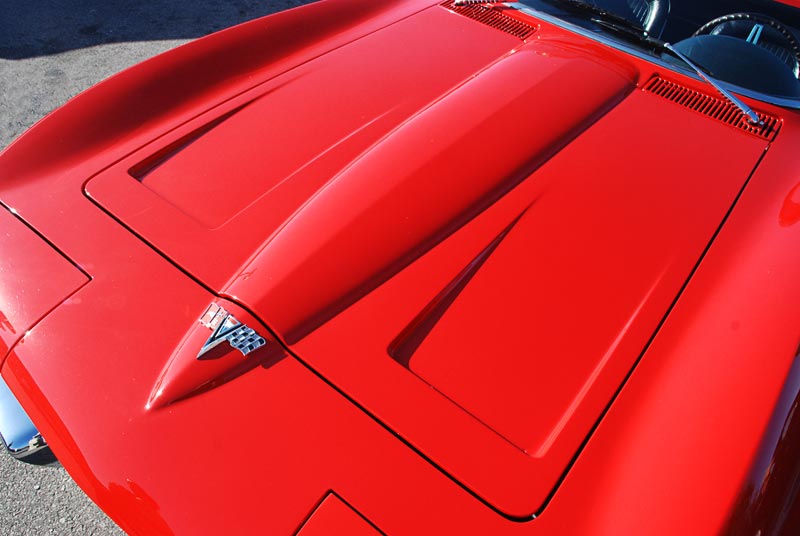 Above: Also gone for 1964 were the fake hood vents. The hood indentations remained however although word is that the 1963 faux vents will not fit on the 1964 hood. Perhaps GM figured that the incredible performance the Corvette offered made enough of a statement.

Another change was the added functionality of the air outlet to the right of the driver's door on the coupe. For 1963 they were closed off, represented by a small indentation. A small fan was added to boost airflow but it was only minimally effective and the whole idea was dropped by 1966. Updated body mounting methods and other changes improved interior noise. The overall build quality, long a legitimate Corvette complaint, was improved. 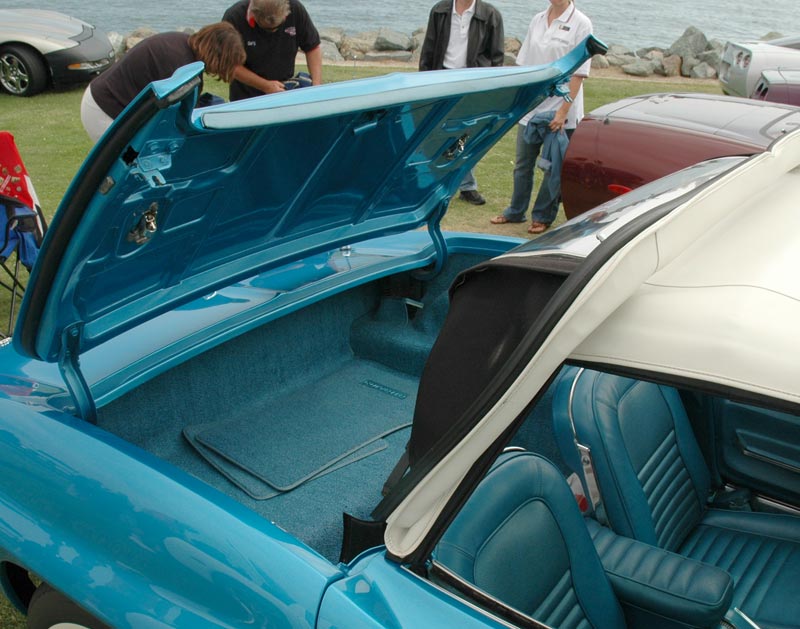 Above: The Corvette had not had a conventional trunk since 1962. The coupe did have a fair amount of storage space and so did the convertible - as long as the top was up! A popular way to go for ragtop Corvette owners was to remove the soft top completely and take long trips with a hardtop. The hardtop could be removed easily and stowed (in a hotel room, for example) when open motoring was the way to go.

Below: A new M20 four speed manual transmission. Built in Muncie IN. and a mid-year update in 1963, the "Muncie four speed" was a welcomed improvement. 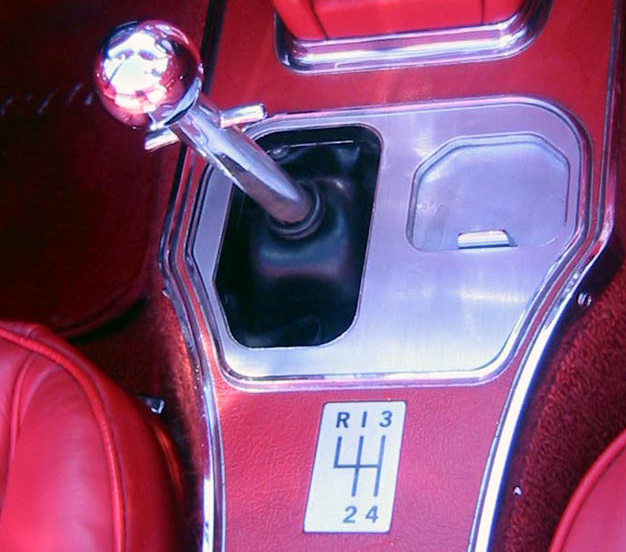 A replacement for the conventional points / condenser system arrived in the form of a transistorized ignition system available as RPO K66.

The Z06 may not have been available as a package in 1964 but close examination of the order form revealed that most of the parts were. Competition brakes were available as RPO J56 and featured cerametalix linings, drum cooling fans, finned drums cooling ducting and a special power assist dual action master cylinder. A heavy duty suspension (RPO F40) featured stiffer springs and shocks and a thicker front stabilizer bar.