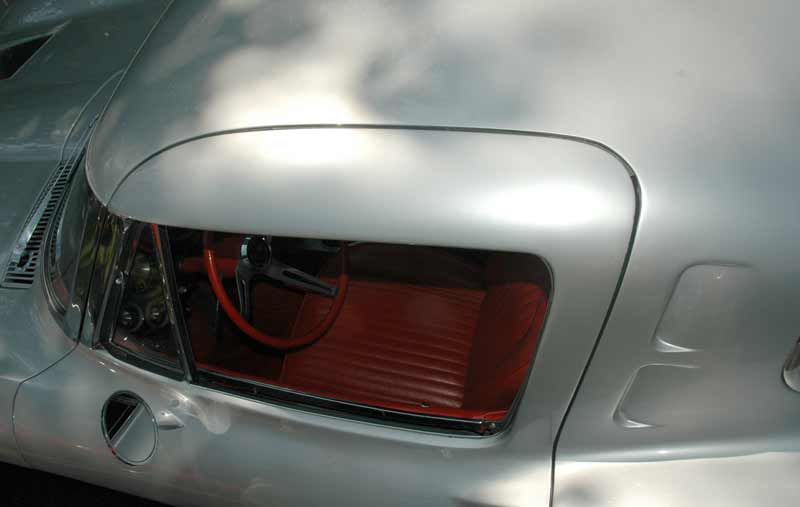 Designer Larry Shinoda was not a tall man, but he did accommodate them by supplying a cut out in the roof to make entry / exit easier for taller enthusiasts in the low slung Corvette. 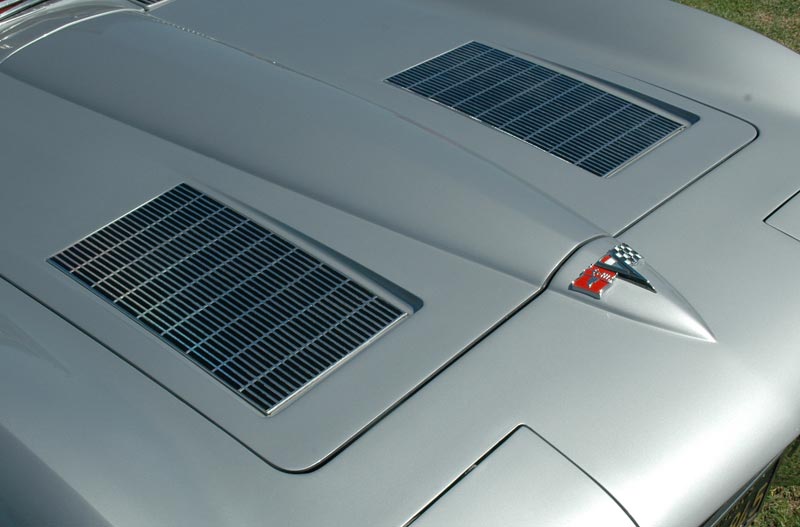 The hood of all 1963 Corvettes had faux vent grills. The story is that originally they were functional but the hot air escaping from the engine found its way into the passenger area via fresh air venting in the cowl. The faux vent grills are a 1963 only feature. 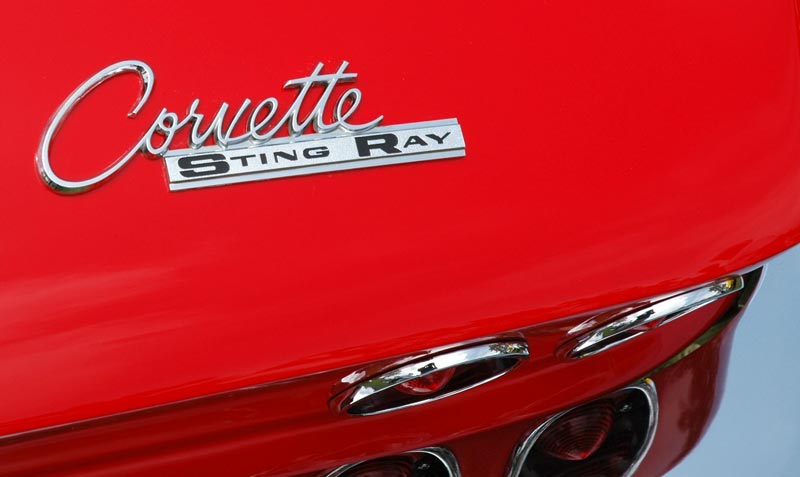 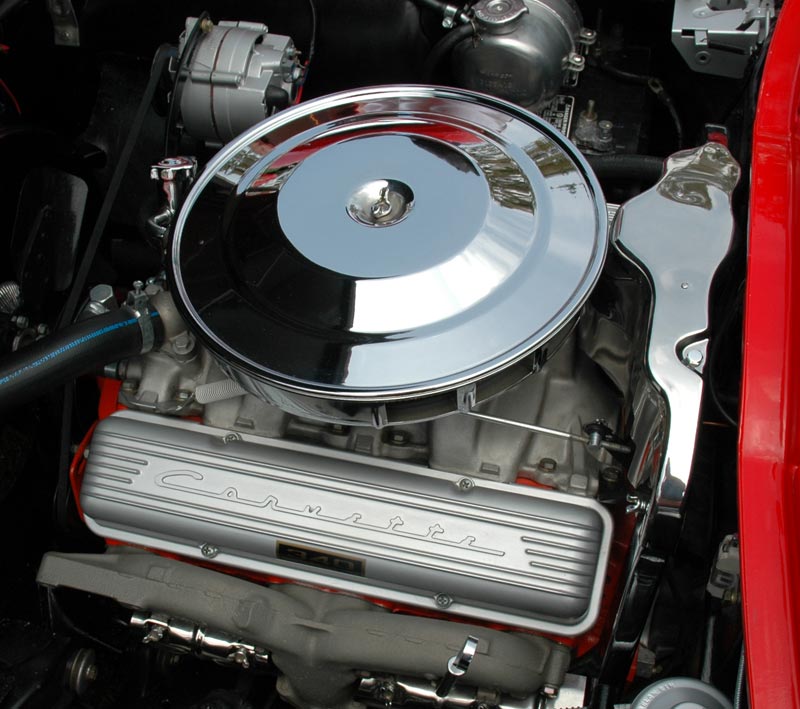 Below: The 327 cubic inch fuel injected mill (RPO L84; $430.40) continued as the top performer with 360 hp, well beyond the one hp / cubic inch milestone. The air cleaner and Plenum chamber (affectionately known as "the doghouse") was updated. 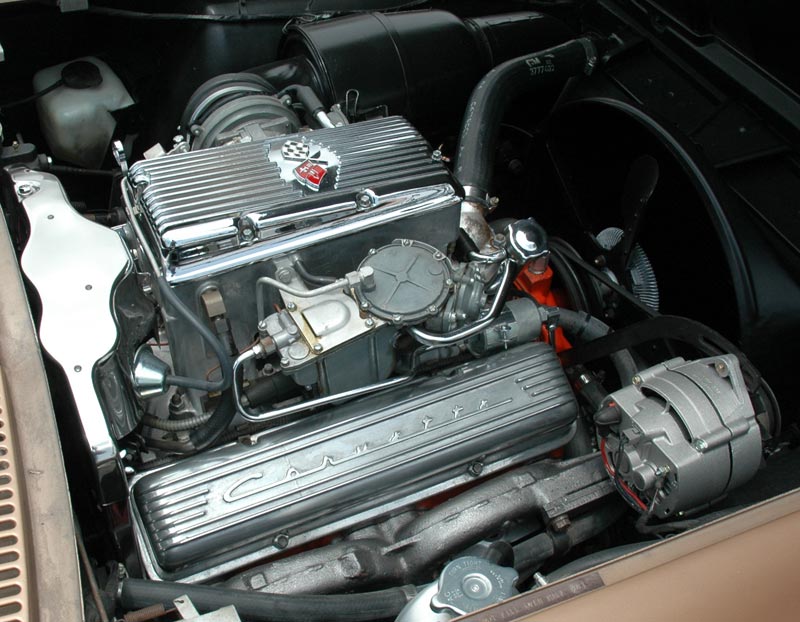 If owning a 1963 Riverside Red convertible is a car enthusiast's dream, then having it stolen is the ultimate nightmare. Exactly that happened to Terry Berkson and with the tenacity of a pit bull and against the advice of his family and assorted experts, he started a fanatical search to get it back. His endeavors are chronicled in "Corvette Odyssey" which reads like a Mickey Spillane novel or Bruce Springsteen song but is made all that more enjoyable due to the fact that it is a true story. "Corvette Odyssey" is a testimony of a Corvette owner's dedication and a great read. Highly recommended as well as reasonably priced, "Corvette Odyssey" is available from Amazon or for a custom signed book (up to 20 words) send check or M.O. for $8, (postage is included) to