Like the body and the chassis, the interior was all new for 1963 and it was also a radical change. Aeronautics was in fashion at the time, so the inside of the new Corvette had a basis in airplane cockpits. There was a strong separation between the driver and the passenger. It was both good looking and easy to use. 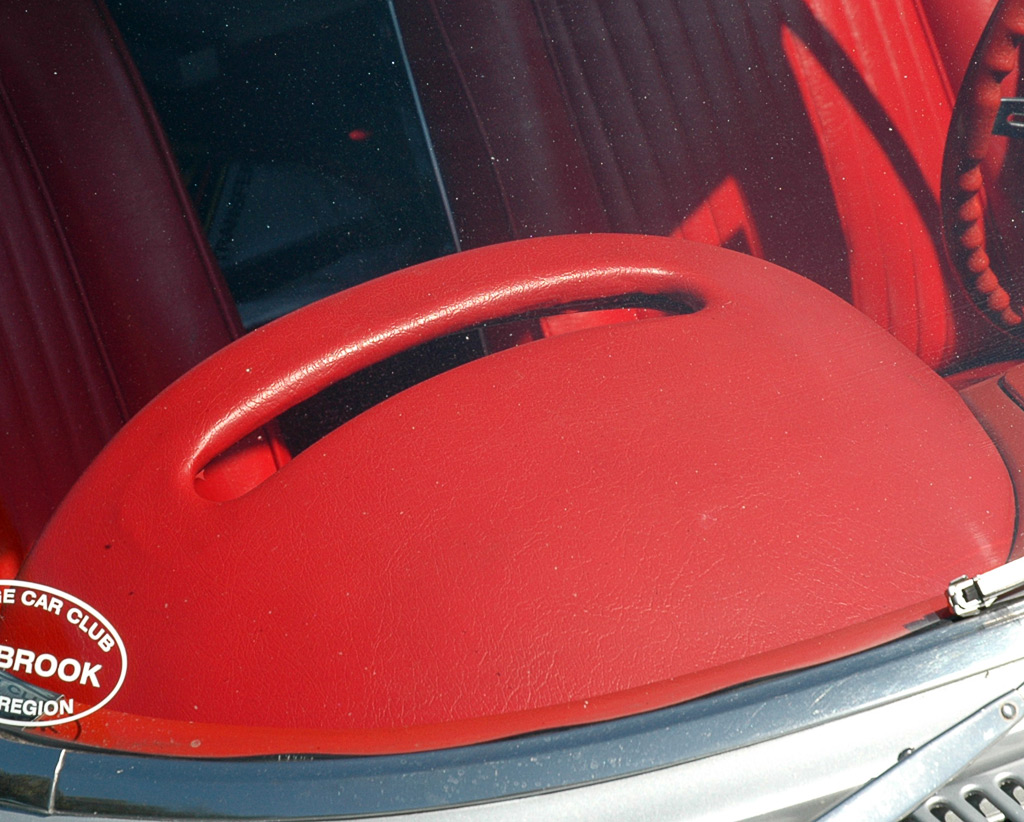 The passenger "grab bar" was carried over from the C1 Corvettes and considering the performance increase, was needed more than ever. 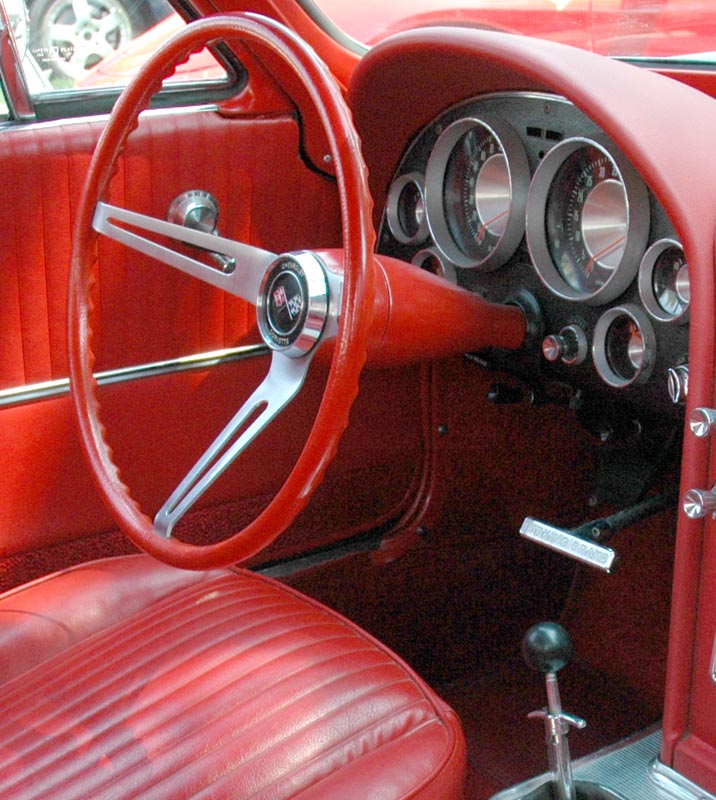 The new Corvette featured full instrumentation and a telescoping steering wheel. Another first for 1963: power steering. 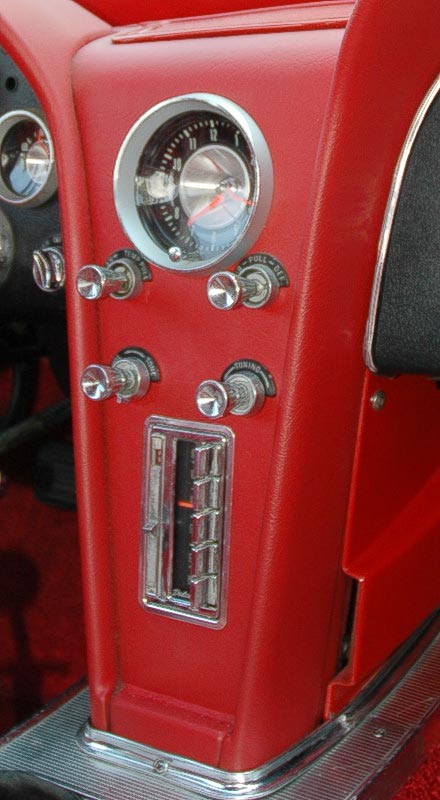 As in previous years, the dashboard center included a clock, heater / ventilation controls and radio. Air conditioning (RPO C60; $422) was available for the first time in a Corvette, although only 278 were so equipped for 1963. 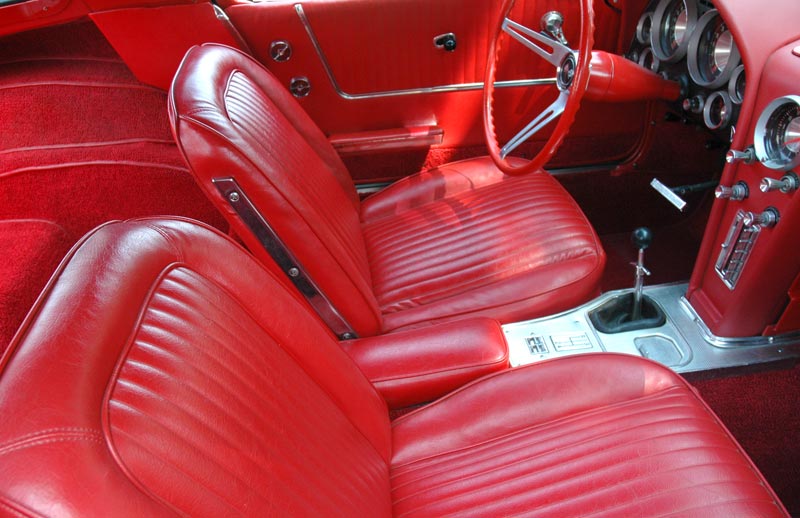 Seats were reasonably comfortable, especially considering the other domestic offerings of the time. If "Saddle Tan" interior was ordered the seat material was leather, also a Corvette first.

Hide-away headlights made their Corvette debut in 1963 and were a rare sight at that time. They contributed to the sleek advanced styling of the Sting Ray. Exposed headlights would return in 2005, 42 years later. In 1963 they offered a number of advantages, as the headlights of the time were large and a problem to designers looking for an aerodynamically efficient design. The drawbacks included added complexity, cost and weight. 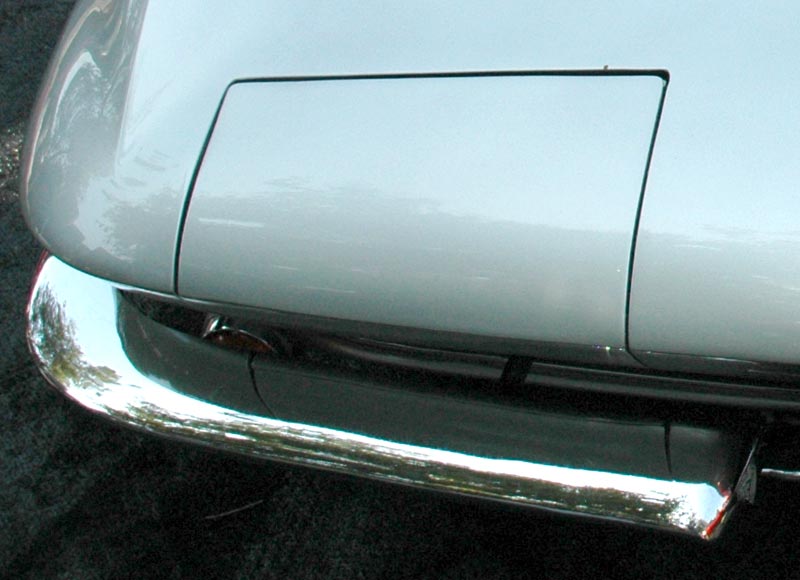 The new Corvette headlights closed (above) and open (below). The early headlights featured fiberglass buckets; metal buckets were used later in the year and on the balance of the mid-years production. 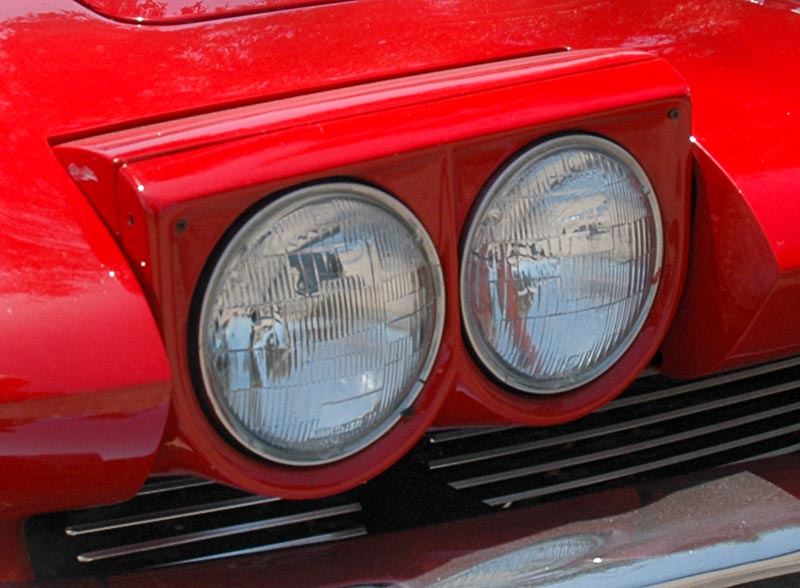 Below: The mechanical action was via an electric motor and rotation was on the transverse center.