"What was the first?" is a question that applies to many things. For Corvettes, the closest to "the first" would have to be the EX-122.

The first Corvette would be difficult to pinpoint as there were a number of prototypes, some with sporty bodies, others just chassis that were used for development and evaluation. The EX-122 can however legitimately claim to be the oldest Corvette still in existence. 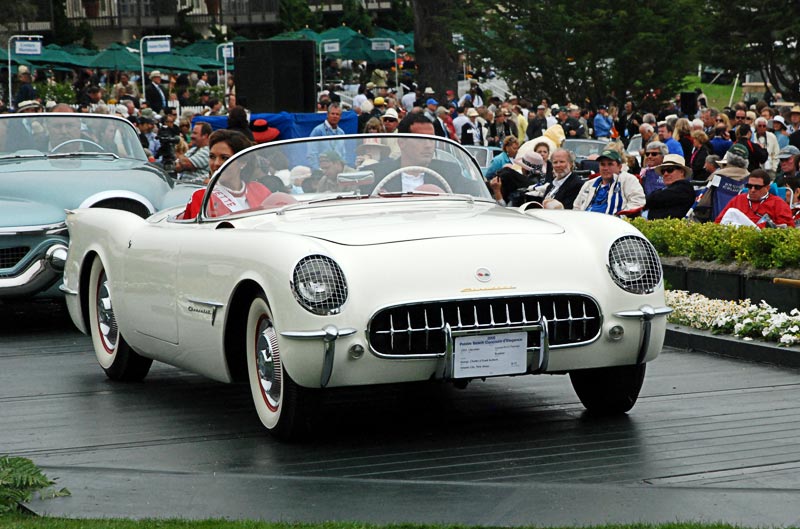 EX-122 was on display at the 2008 Pebble Beach Concours d'Elegance as part of the GM Motorama exhibit. EX-122 was the serial number that denotes an experimentally built car. It was also the first Corvette that the automotive enthusiast world fell in love with, as it was the Corvette displayed at the famous Waldor Astoria Motorama in New York City on Saturday, January 17th, 1953. Although initially conceived as a show car, the public reaction was such that GM had no choice but to put it into production.

Above: The EX-122 as it appeared in the "General Motors Motorama of 1953" brochure. The headline was "Realities of Progress . . ." and the caption "With a graceful low-slung body of pressed fibre-glass plastic, the scintillating Chevrolet Corvette two-seater offers all that is best in sports car design. Powered by a special 160 horsepower Chevrolet engine with three carburetors and a Powerglide Automatic transmission." 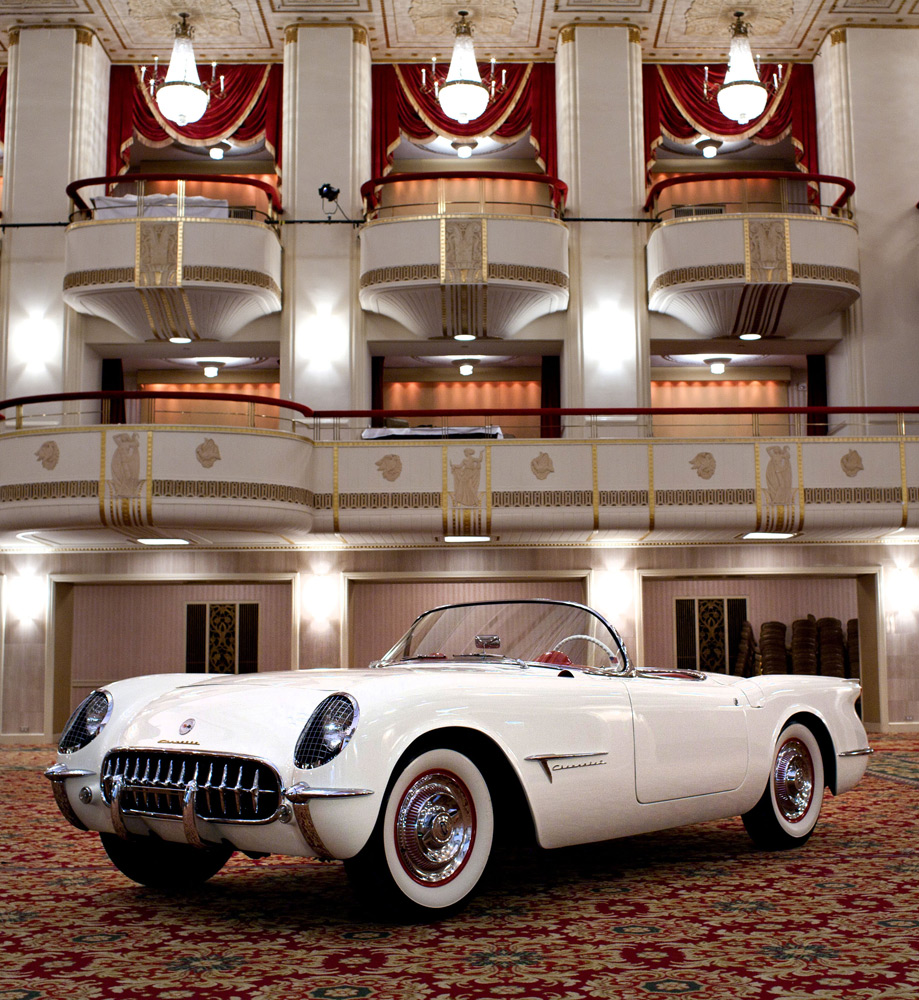 Right: May 11, 2011: The EX-122 returns to the Waldorf-Astoria hotel in New York City almost 60 years after it served to introduce the public to the Corvette. 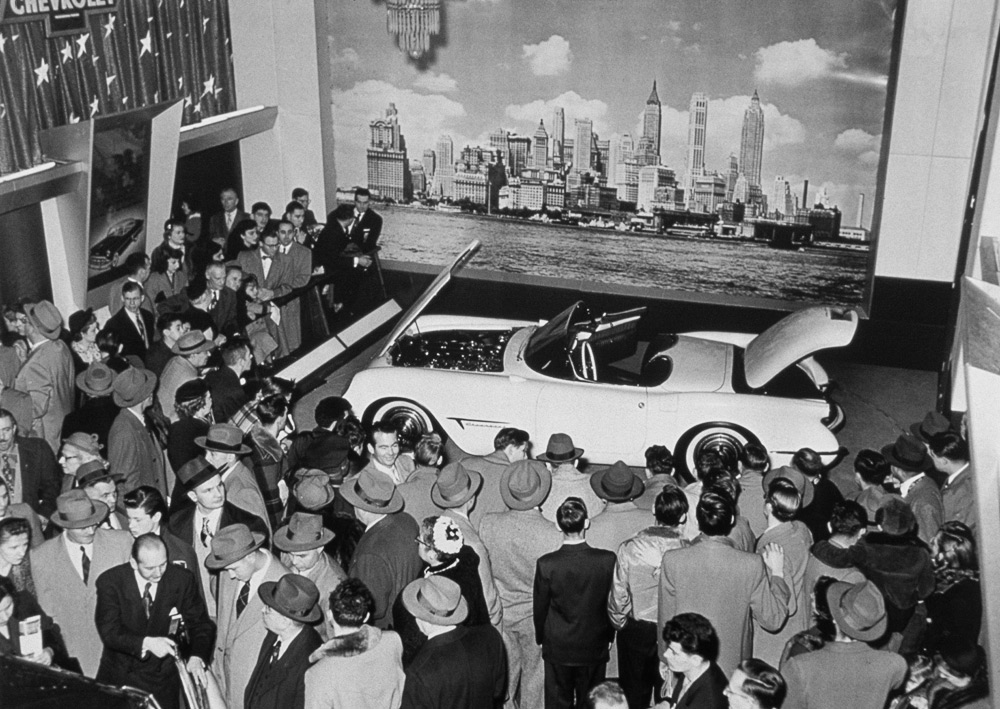 Above: The EX-122 served to introduce the world to the Corvette on January 17, 1953 at the Waldorf-Astoria hotel in New York City. Below: Publicity photo is signed by famed GM designer Chuck Jordan: "For $3,500 its yours!". 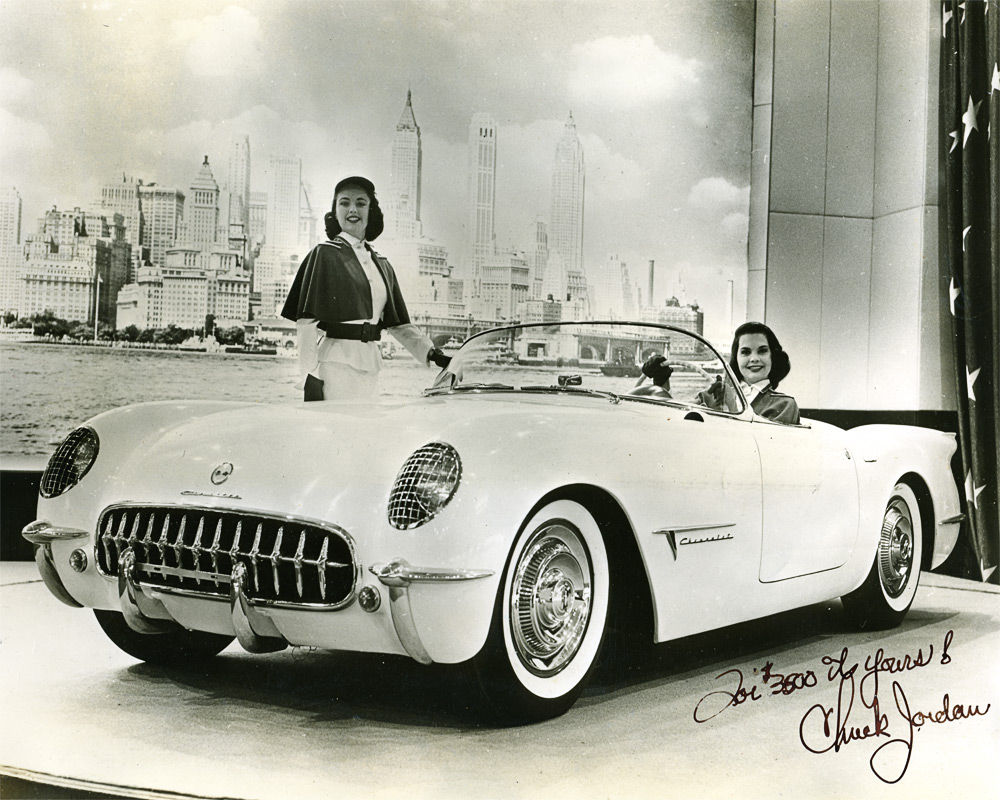 The special provenance of EX-122. 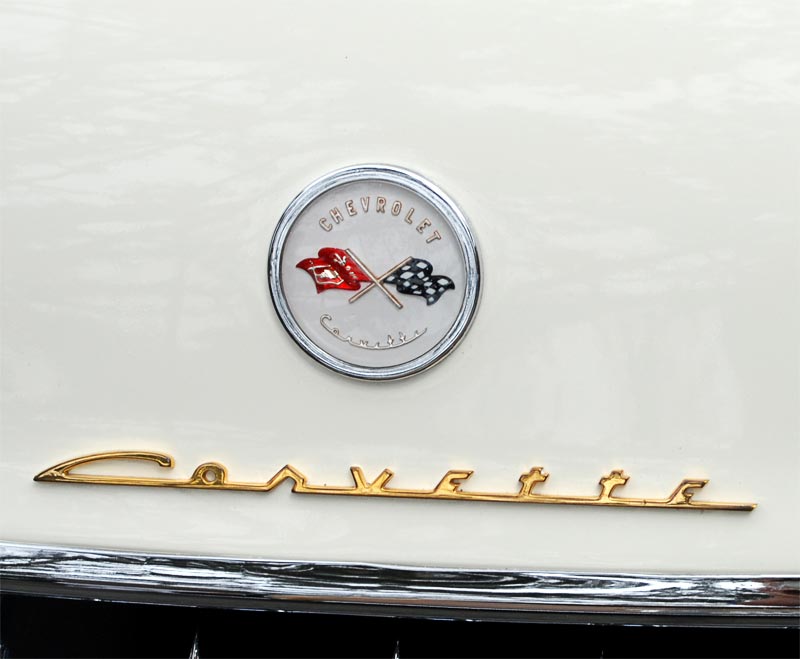 The funky "Corvette" script between the badge and the front grill. No other Corvette was similarly equipped. 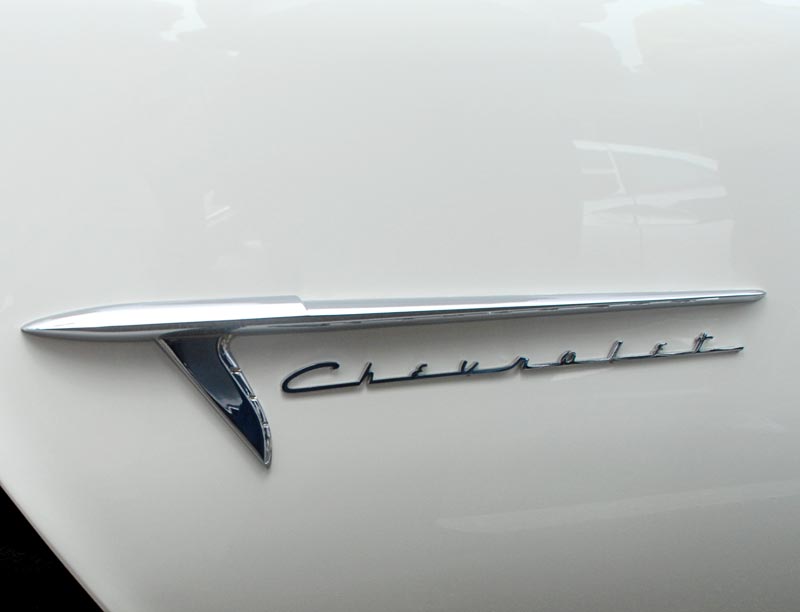 The downward accent of the spear on the side of the fender; all other '53 Corvettes had the accent pointed up. 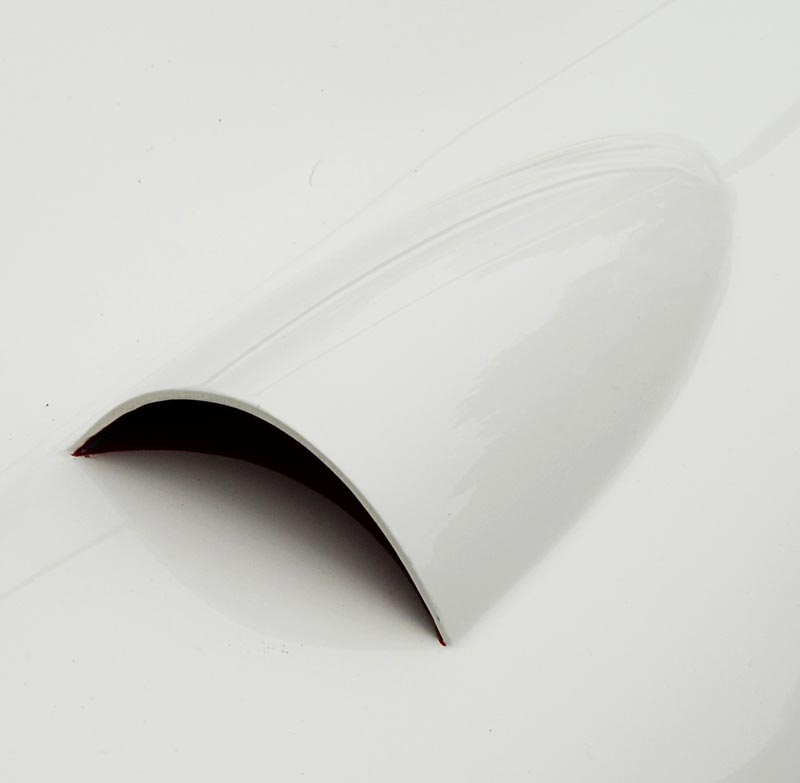 The air intake on the top of the fender. Although 1956 and '57 Corvettes had a similar non-functional vent, they were not part of Corvette production until then.