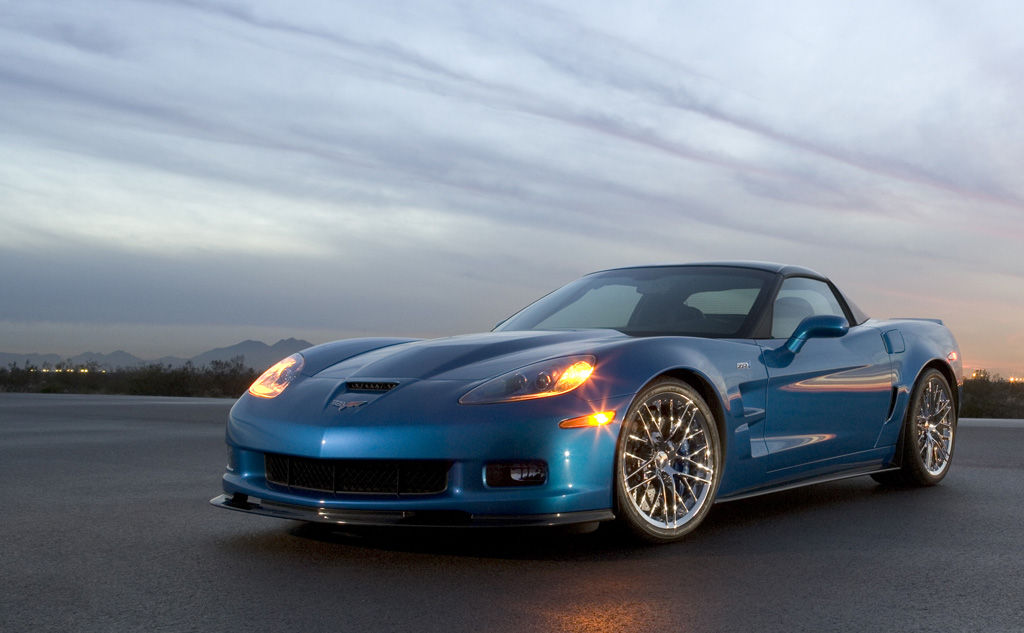 The anticipation in the late 1980s for a super performance Corvette, (eventually known as the ZR-1) was repeated in 2007 - with the big difference being the Internet to really fan the flames of interest. The hype included names, such as SS, Blue Devil, Sting Ray, Z07 and ZR-2. The SS was short for "Super Sport" and a tribute to past high performance Chevrolet models. Corvette lore however had SS as short for "Snake Slayer", implying superiority over the Dodge Viper, the Corvette's main competition. "Blue Devil" was a reference to the sports teams of Duke University, which was GM CEO Rick Wagoner's Alma Mater. Sting Ray was last used on early C3 vettes, Z07 implied a better Z06 and ZR-2 was a nod to the LT-5 engined 1990 thru 1995 ZR-1s.

GM settled on ZR1 as the moniker for the new super Corvette, dropping the hyphen as it did not comply with their "current rule for alphanumeric designations." 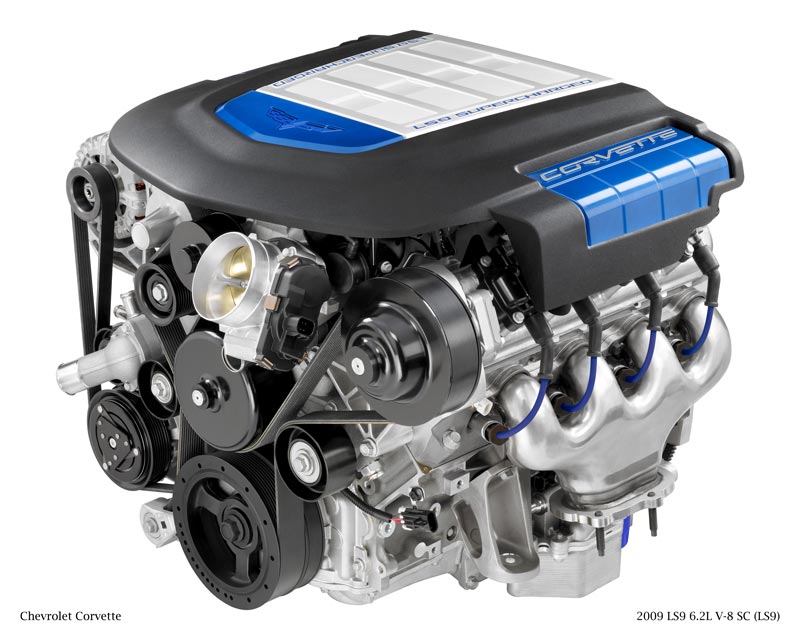 Propelling the Corvette well into Supercar territory, the engine explored a new concept for Corvette: forced induction. A roots style Eaton supercharger, developed specifically for the Corvette, is behind the horsepower explosion. 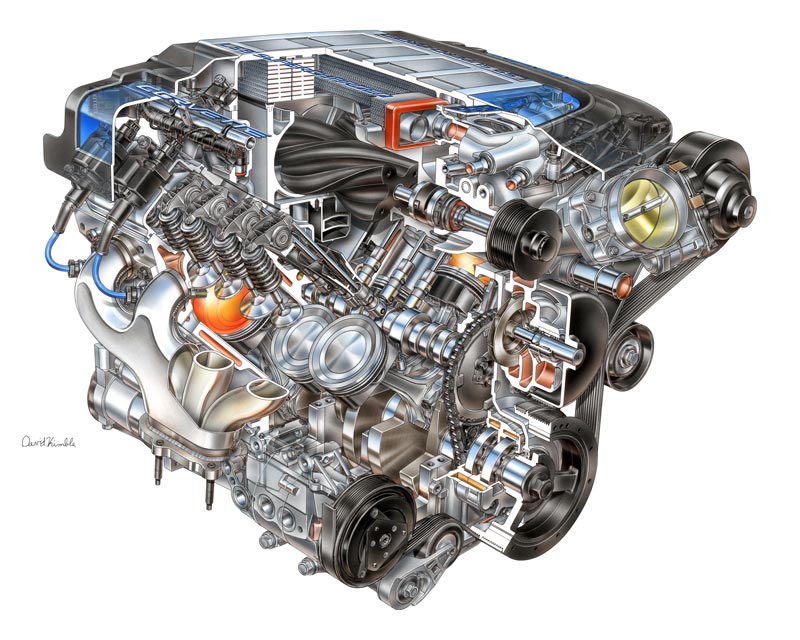 There are differences however. Shorter connecting rods result in a lower (9.9:1) compression ratio that is more suited to a forced induction engine. The heads, which are CNC machined, are made of a special aluminum alloy which better copes with the high heat load. Other changes include a special head gasket and swirl wing in the intake tract. 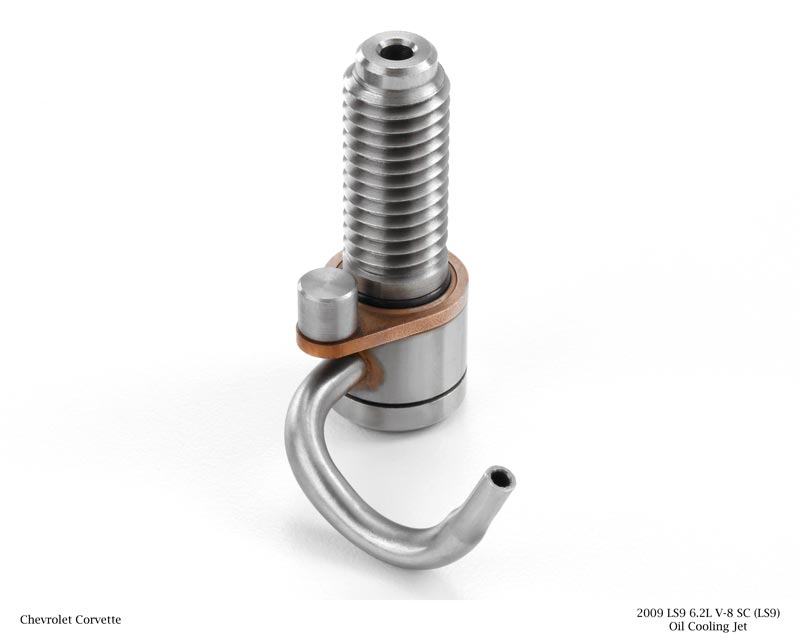 Oil cooling jets (right) spray oil to the bottom of the pistons, helping to keep temperatures in check and to decrease noise. The new LS9 features a dry sump lubrication system, an updated version of the unit in the LS7 equipped Z06.