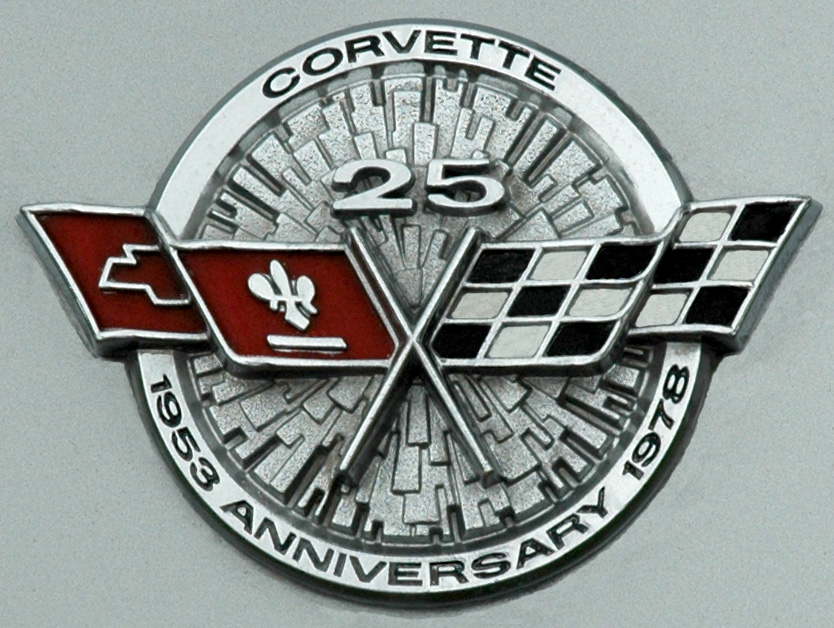 The Corvette was 25 years old in 1978 and the celebration was on. All 1978s featured a commemorative badge (right) on the front nose. Above: A special two tone paint scheme consisting of dark silver on the lower body and light silver above separated by a dark silver stripe was offered. The production quantity was not limited and 15,283 were sold.

1978 was a year of significant changes to the C3 Corvette. A new "fastback" design which made for a smoother silhouette and answered criticisms of limited luggage space; owners now had storage similar to the mid-years Corvette coupes. Also like the mid-years coupes, access to the area was through the seats and inconvenient. A hatchback opening would be available in 1982. A retractable cover provided sun protection and security. One drawback to the new design was that the interior would heat up on sunny days, placing increased demands on the air conditioning. 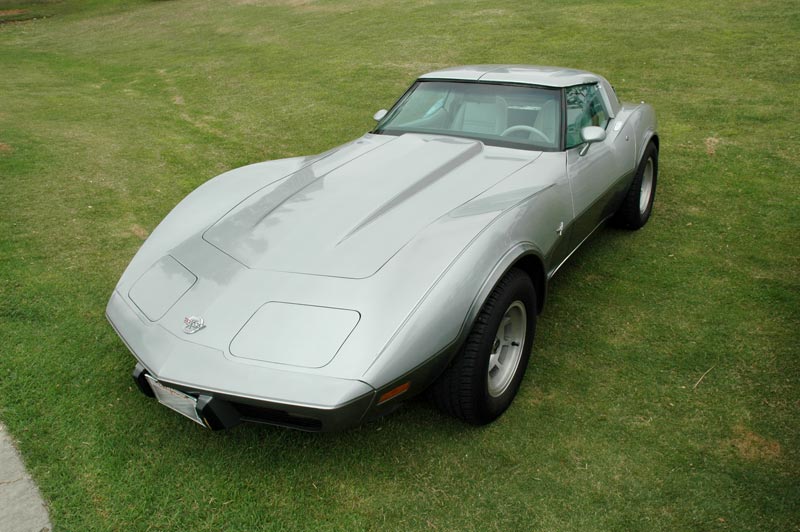 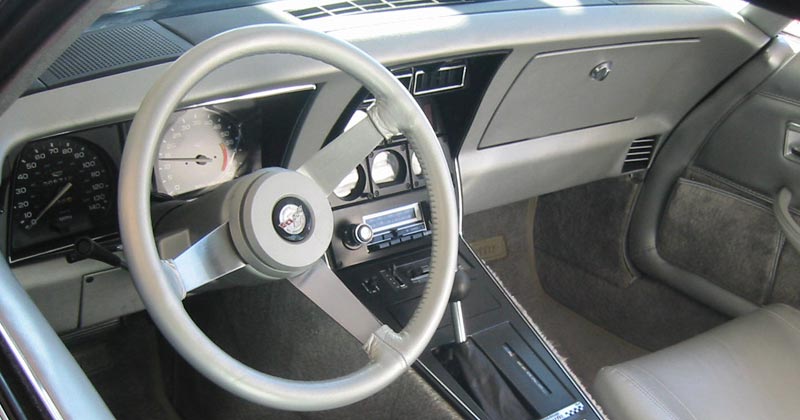 The interior, which was starting to look dated, was upgraded for 1978. The gauges, while still round, were set in a more squared off area. A glove box replaced the map pockets located in front of the passenger. CB (Citizens Band) radios were a booming fad in 1978 and a AM-FM stereo with CB (RPO UP6; $638.00 - ouch!) was available. One antenna was called on to provide for the AM-FM and CB functions, so its performance was compromised.