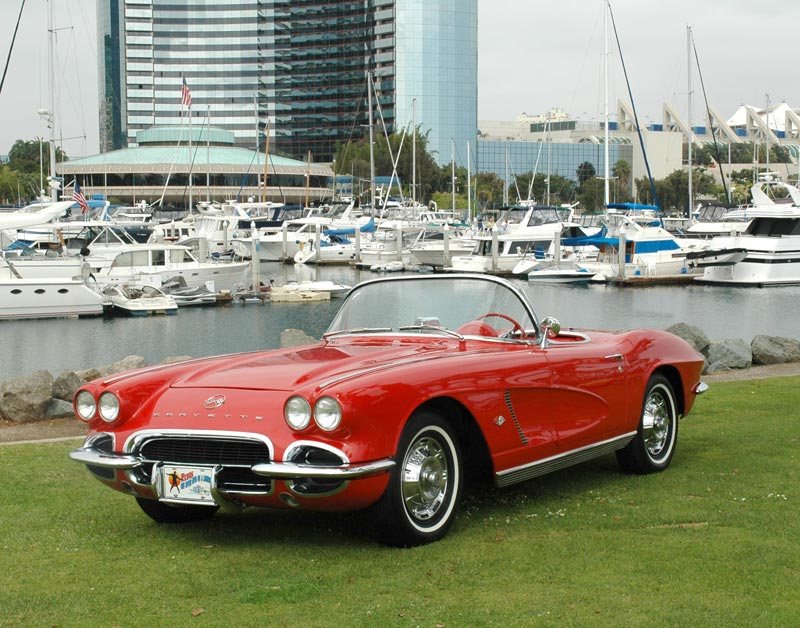 Although it might not be obvious, there were a lot of changes in the cove area for the 1962 Corvette. The lip that bordered the coves was part of the fiberglass, not a separate trim piece as in previous years. Without the trim brightwork, it was not possible to offer the coves in a contrasting color. 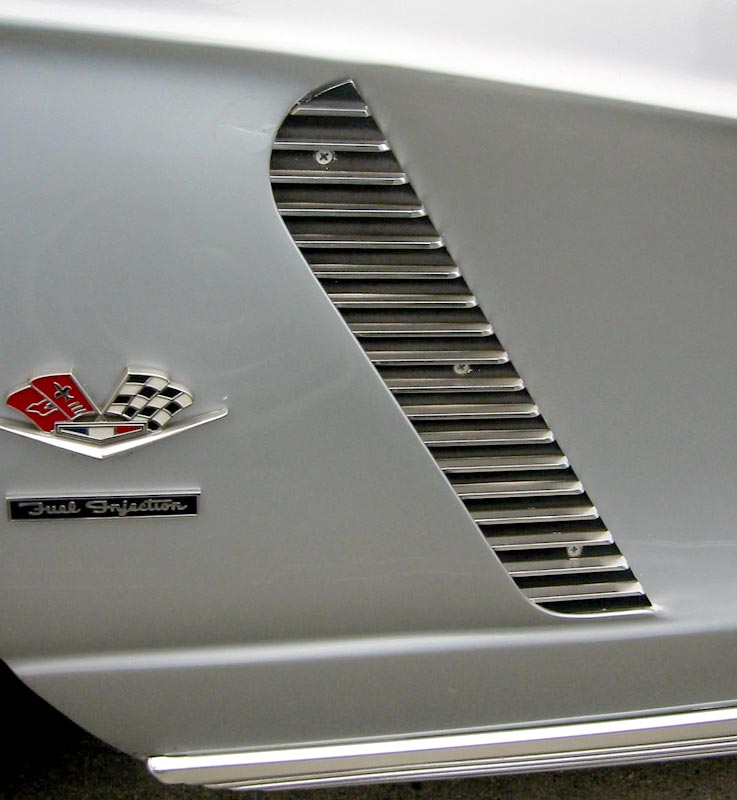 Right: The simulated vent with three small spears featured in 1961 was replaced by a separate trim item.

1962 was the first year for rocker panel moldings. 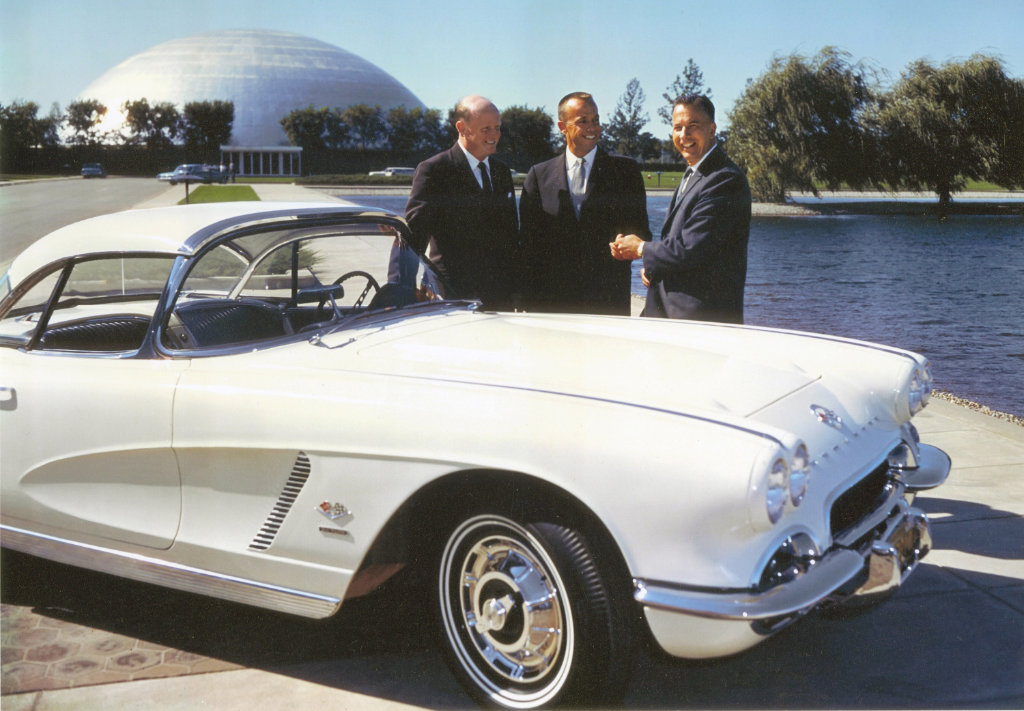 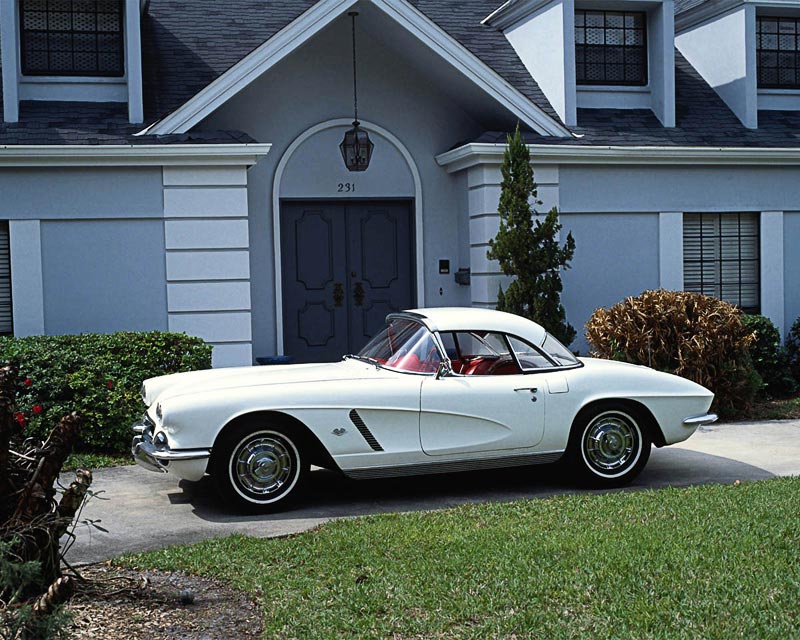 The trend towards a more subdued Corvette styling continued with the 1962 model. The grill was black anodized (above), with gold anodized and painted black also available.

Another change for 1962: The 283 cubic inch engine was no more. The bore was enlarged to 4.00" and the stroke went to 3.25" resulting in a displacement of 327 cubic inches. The 327 cubic inch small block displacement would continue through 1969. The dual four bbl. carburetors were no longer available. 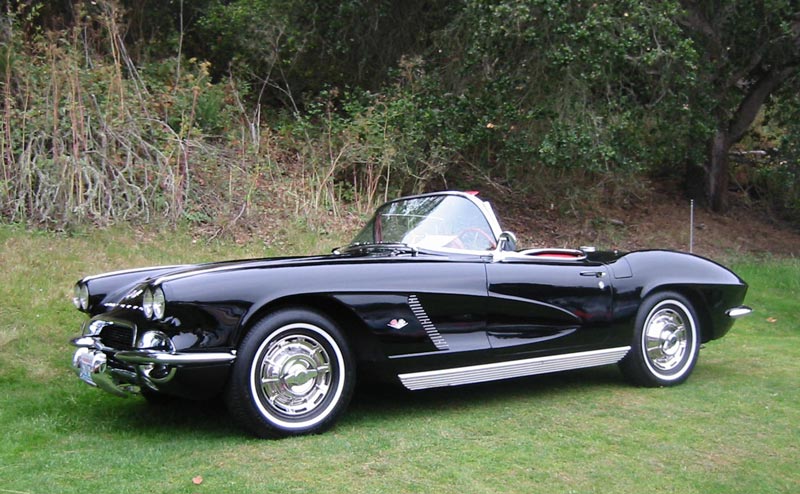 The white portion of the whitewall tires were narrower. 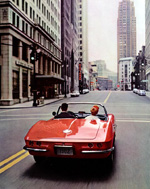 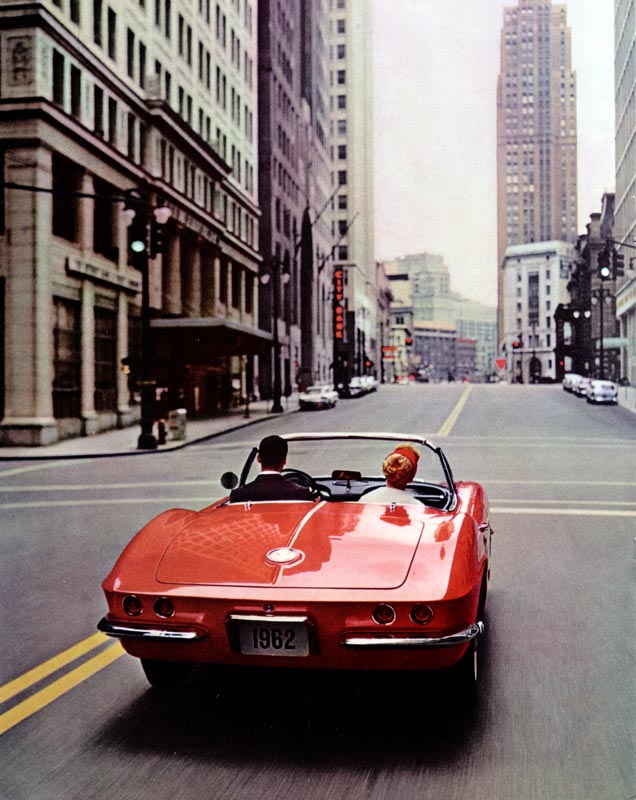 The End of an Era

The 1962 Corvette was the last of the "C1" generation which are popularly and fondly known as the "Straight Axle" Corvettes since they used a live rear axle. Another change: a generator as a electrical charging system would be replaced by alternators, which everyone agrees is an improvement. A conventional trunk would not be part of the Corvette story until the 1998 convertible. Also disappearing: exposed headlights, which would reappear 43 years later when the 2005 'vette was introduced.

The first Corvettes progressed significantly during their ten model years. Although they floundered some in the beginning, they did find a path and stuck to it thanks to the guidance of stylists Harley Earl and Bill Mitchell, engineer Zora Arkus-Duntov and executive Ed Cole. They won popularity on both road and drag racing circuits, with Chevrolet replacing Ford as the car to have in the hearts and minds of enthusiasts.

The best however, was yet to come.