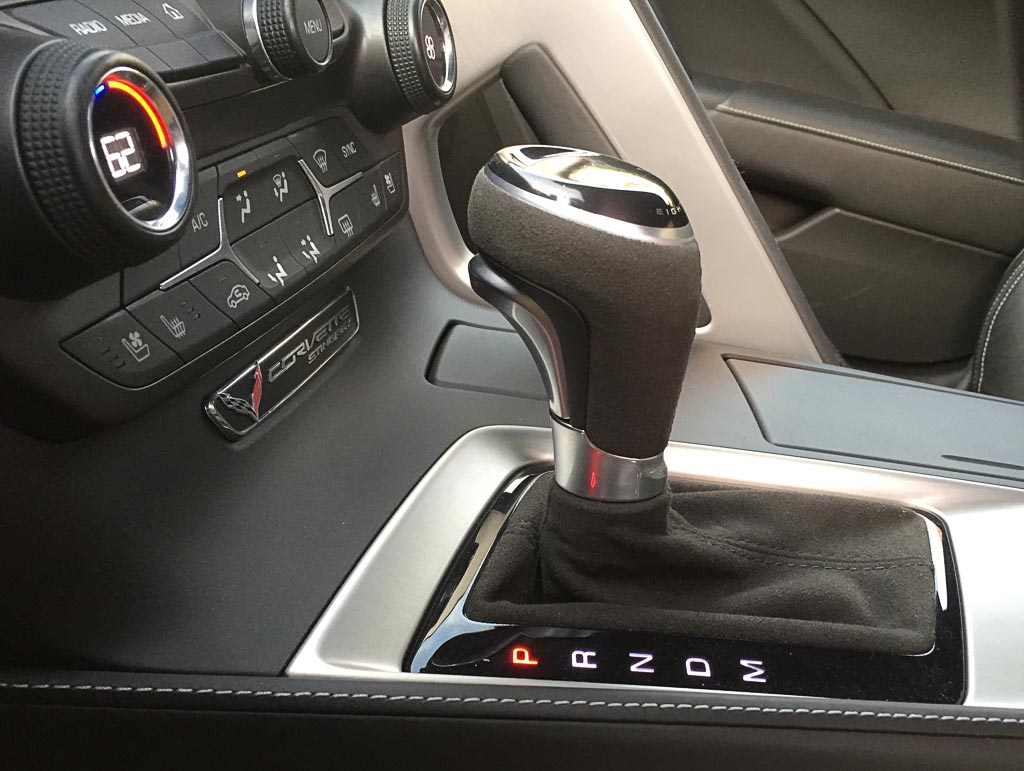 Our test car came with the $1,725.00 Eight Speed Paddle Shift Automatic Transmission. Introduced in the 2015 Corvette, it represents a significant advance in the transmission state of the art. GM claims an under 3.7 second 0 to 60 mph time verses 3.8 for the seven speed manual. Fuel economy is just about even in the manual - automatic transmission debate; both are EPA rated at 29 mpg highway while the manual edges out the automatic 17 mpg to 16 mpg for city driving. 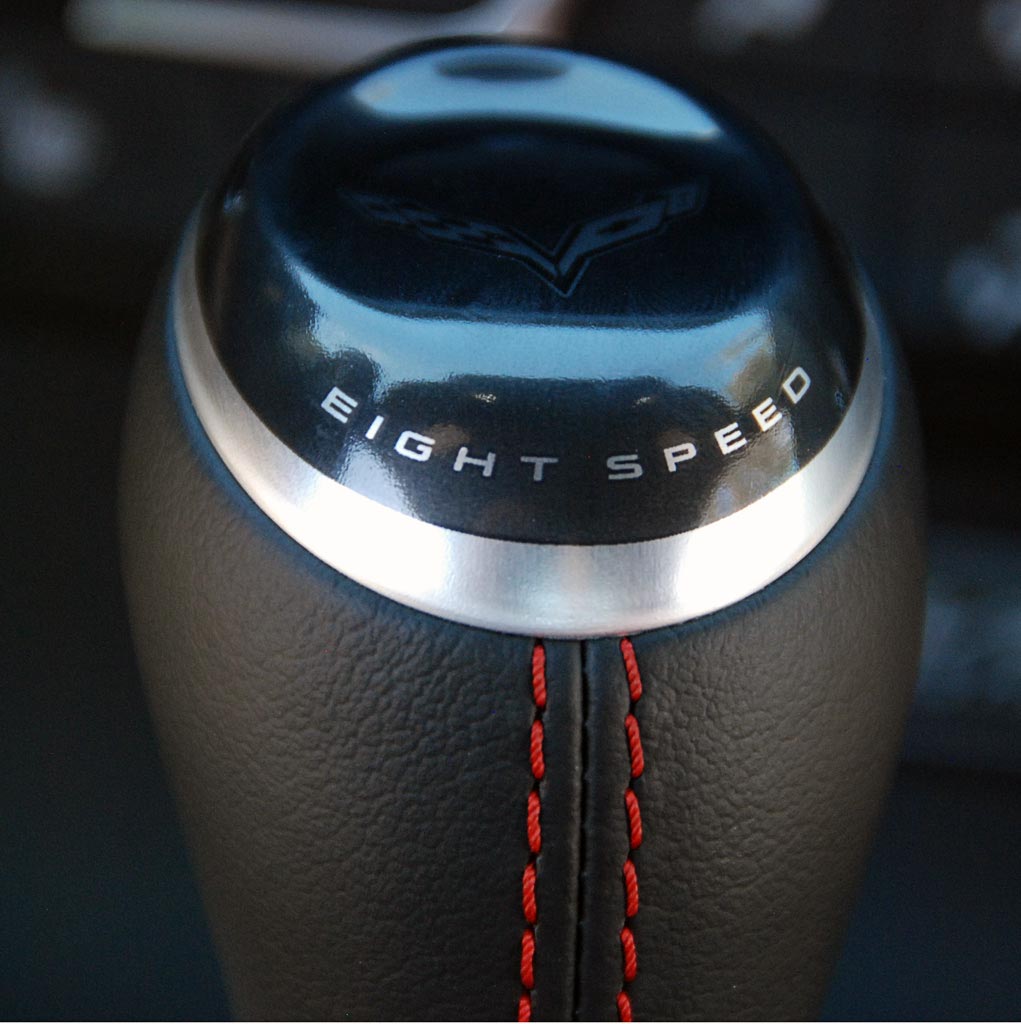 So how does the Eight Speed Automatic fare? To be honest, your author is an unabashed, proud and die hard manual transmission fanboy. All of the cars I have ever bought, including the three I own now, have manual transmissions. And given the choice, a Corvette purchase would continue that tradition.

That said, the Hydra-Matic Eight Speed RWD Automatic Transaxle offered in the 2016 Corvette is an amazing unit. Shifts, which are about 500 RPM apart, are smooth; unless you are paying attention you barely know they are occurring. Automatic equipped Corvettes are also quicker due to the many technological improvements. They shift faster than even the best manual transmission drivers and in the Corvette world, faster is better. Maybe there is a reason why 63% of the 2014 Corvettes were automatic?

For those who insist on having it both ways, it is pointed out that there is a manual transmission mode via the paddle shifters. That's true, but after using them for a while our reaction was "why bother" and we just left the shifter in automatic mode. 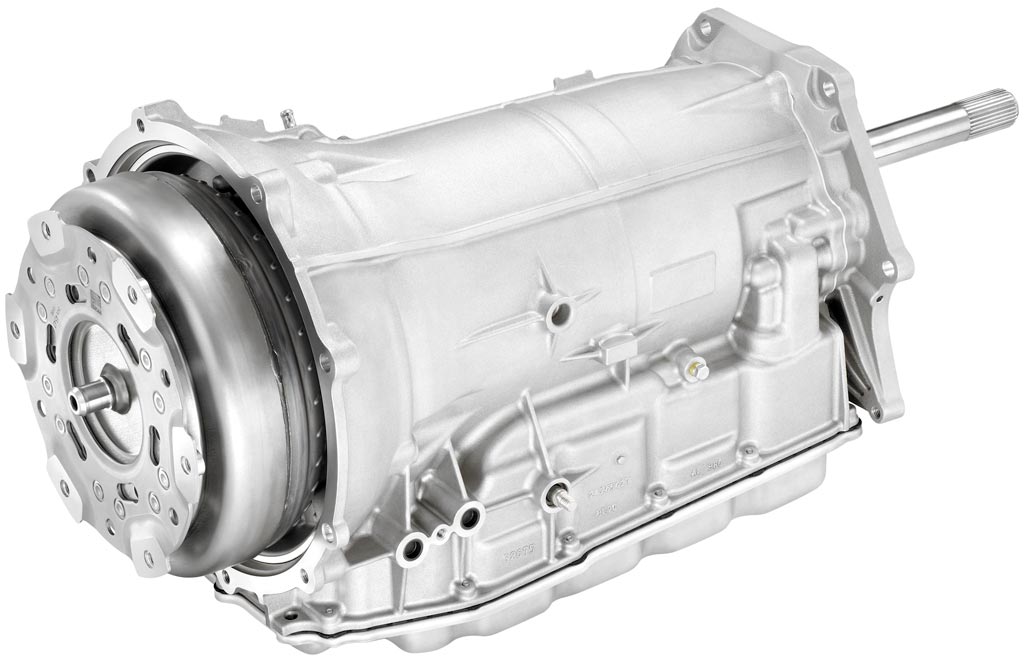 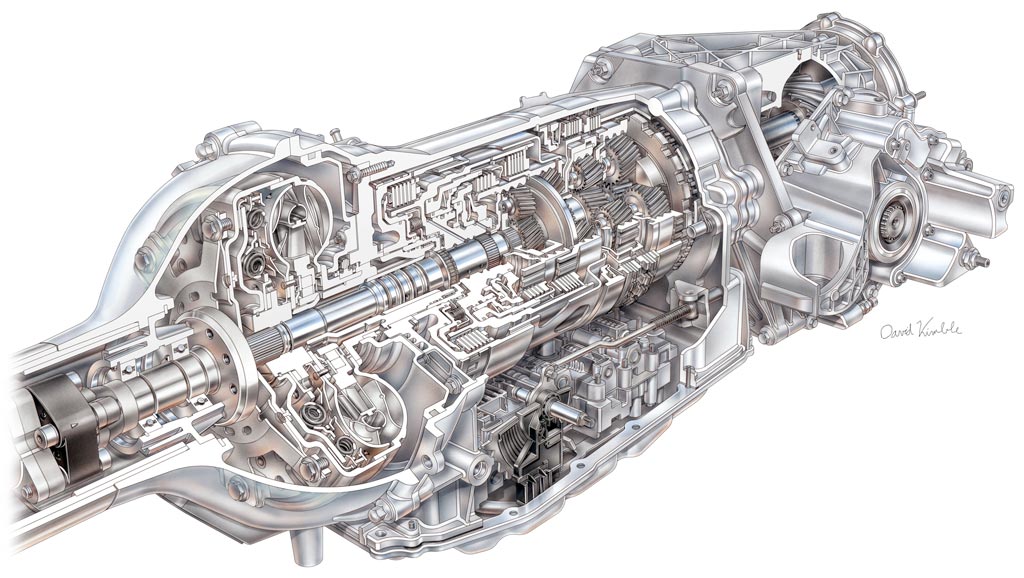 There is a practical reason behind an eight speed transmission: fuel economy. The 2016 Corvette is rated at 29 mpg while highway cruising. Considering that it features a 460 horsepower engine and it does NOT pay a gas guzzler tax - a point of pride for the GM engineering staff - and you can see the benefits. Highway cruising is done at a lethargic 1,500 RPM. If you find the need to accelerate quickly to pass for example, mashing down on the throttle causes the transmission to shift down a couple of gears or so. The problem is solved quickly and with little drama save for the opening up of the multi-mode performance exhaust ($1,195.00). 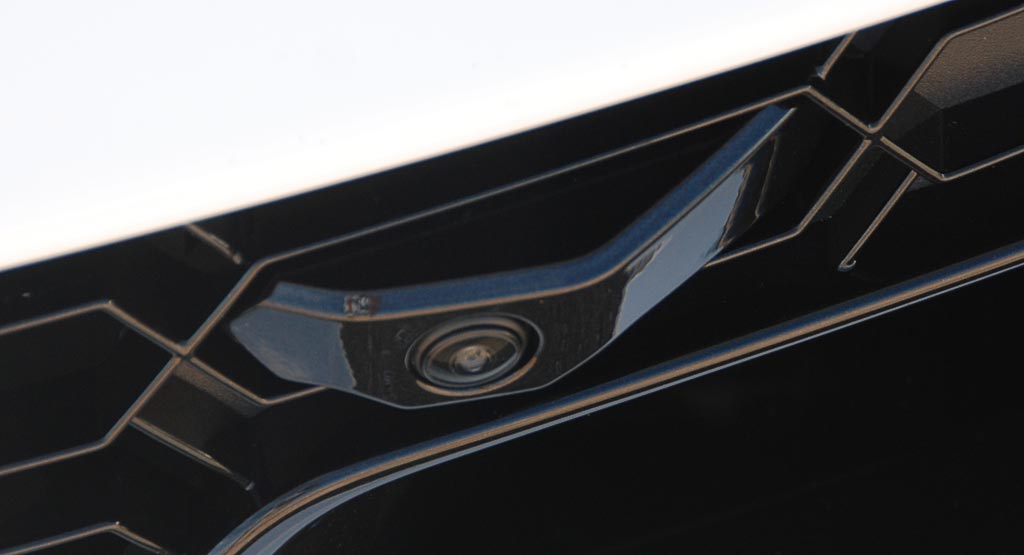 New for 2016 and part of the 2LT ($4,455.00) and 3LT ($9,745.00) trim levels is the curb view cameras, similar to a rear view camera for the front. Two are mounted in the front grill (above) and their images are on the center console screen when the Corvette is being parked. The two camera views (below) are on the bottom of the screen. At the top is a composite of the two images with superimposed green, yellow and red warning lines to guide the driver. Considering that the view forward is limited and the length of the hood, the feature comes in handy. 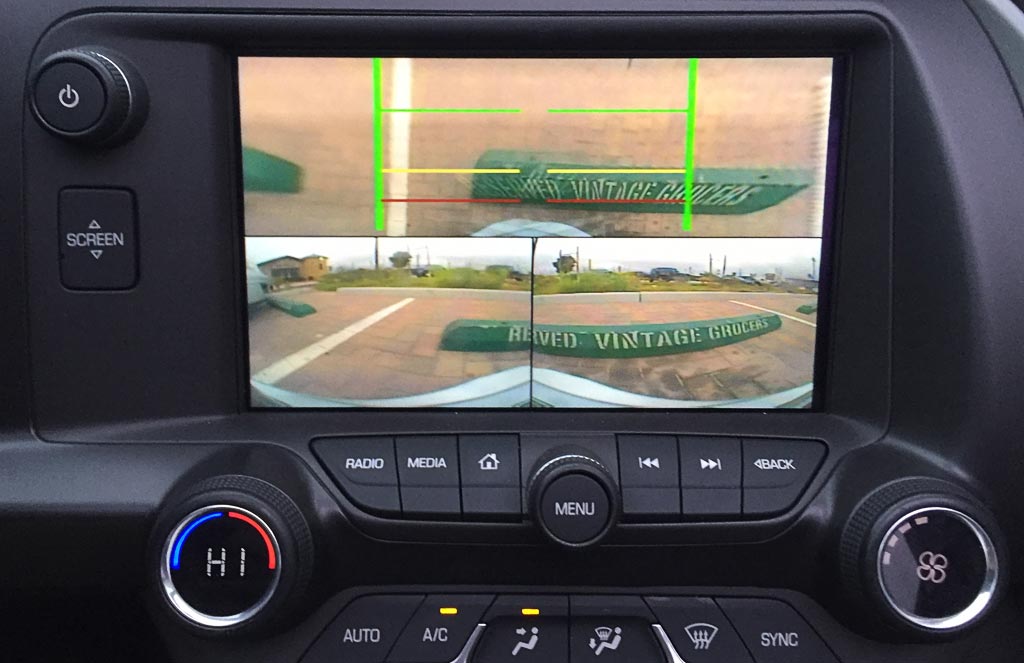