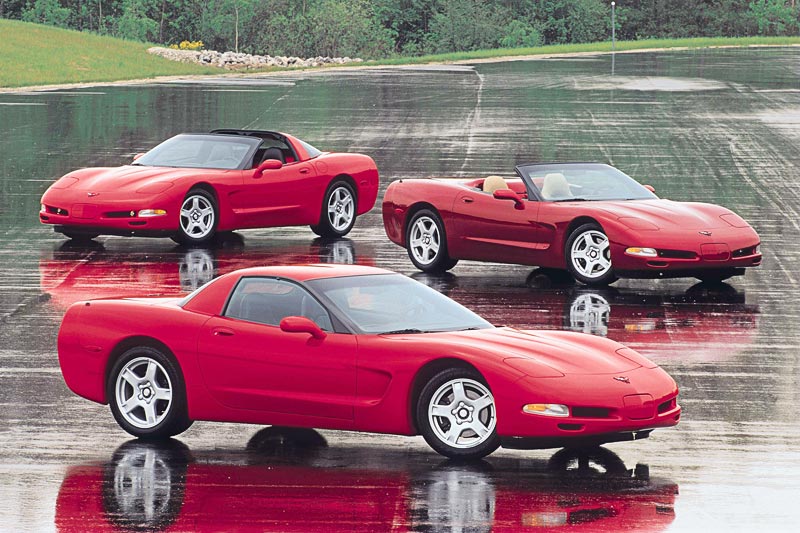 The last two years had been especially memorable for Corvette fans, with an entirely new and spectacular Corvette for 1997 followed by the addition of a convertible in 1998. 1999 would also be special, with an unprecedented third body style becoming part of the lineup.

The new hardtop model had many advantages over the coupe. Although the coupe had slightly better aerodynamics*, the hardtop was lighter and therefore faster. Since it was not an open car, the structure was more solid. It would also cost less to build since the expenses involved with the rear window hatch and the targa roof hardware was eliminated. 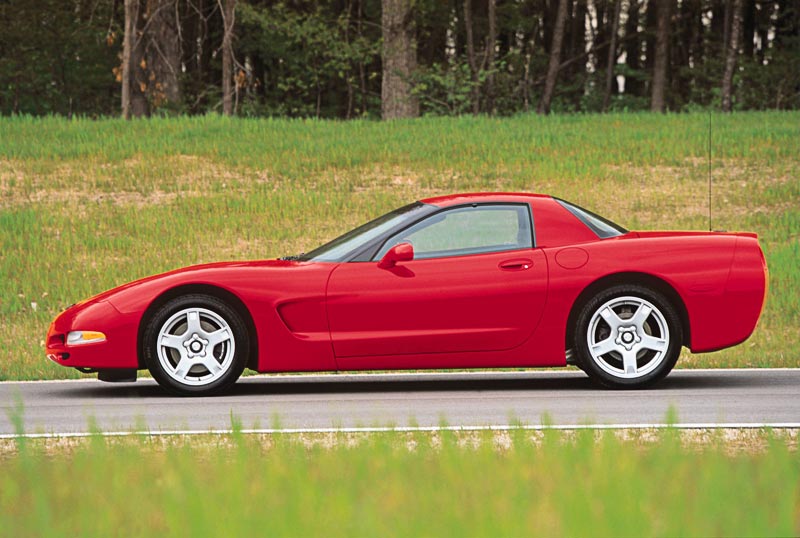 The last factor - lower cost - had many Corvette fans eager like a six year old on Christmas eve as the anticipation was that a lower cost, faster 'vette would be available. There were reports of a model with cloth seats, manual windows and locks along with smaller tires. But it would not happen; the best guess is that the Corvette product planners had a hard time coming up with a reason why they should sabotage the balance of the lineup. The hardtop was priced at $38,777.00, only $394 less than the coupe. Standard equipment with the hardtop included the six speed manual transmission which was a $825.00 option on the convertible and coupe. 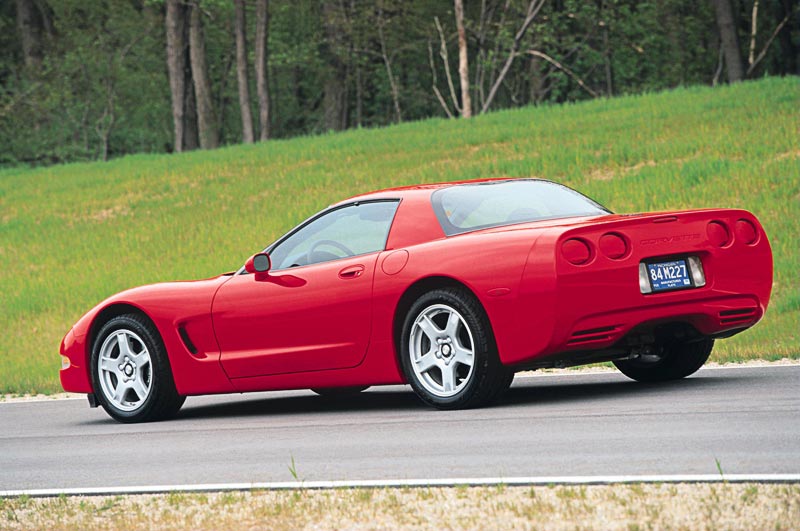 A radical departure: The new hardtop Corvette was the first Corvette since the 1967 coupe that was not an open car. The "hardtop" name was derived from the fact that it looked much like a convertible with a hardtop attached.

It was actually closer to the convertible than the coupe since it shared more parts with the fully open family member, such as the trunk. For 1999 it featured the same LS1 engine but an automatic transmission would not be available. The competition oriented Z51 suspension system was standard on every hardtop.

The Heads Up Display (HUD) was available starting in 1999 and was welcomed as a useful driving tool by the 19,034 owners whose Corvettes were so equipped. The system (RPO UV6; $375.00) was rich with features and displayed speedometer, tachometer, (with shift light) water temperature, oil pressure, fuel level and turn signal on the windshield in front of the driver. A flashing "check gauges" indicator would alert the driver that one of the other dashboard alerts needed action. A page feature allowed the driver to view only certain readouts. Adjustment for various driver heights and brightness was available.