The 1950s was an exciting and innovative decade for the American automobile industry. The country had just come out of World War II and demand for cars, which had taken a leave of absence during the war years, was exploding.

Something different began to appear on American roads: sports cars. GIs that served in Europe discovered a real affection for MGs and many other small two seaters and brought them home with them. All sorts of sports car events, from rallies to hard core races, showed a sudden burst of popularity.

The lead instigator in the birth of the Corvette was Harley Earl, the head of GM's Art and Color studio. He was a sports car aficionado, and an admirer of the Jaguar XK-120. 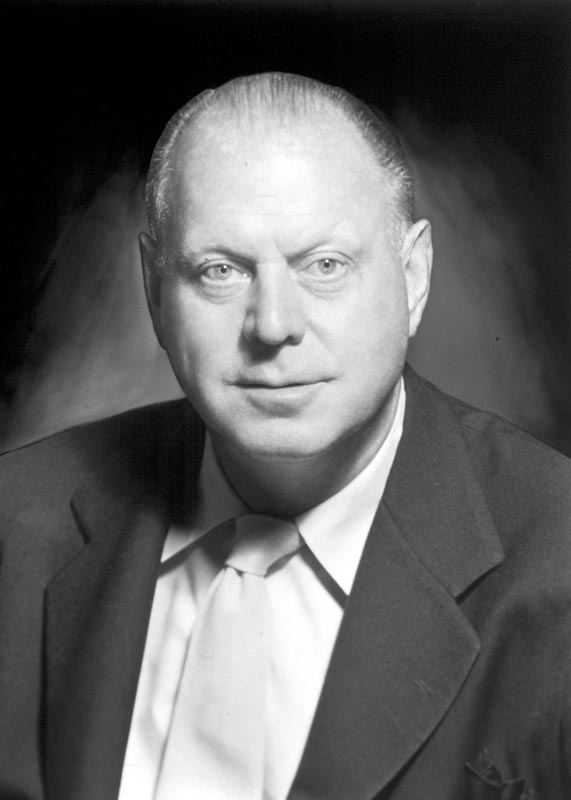 Harley Earl (right) was the head of GM design from 1927 to 1958 and inspired the two seat American sports car we know as the Corvette. He was a big fan of the Jaguar XK-120 (below). Note the basic design of the Jaguar: huge long hood, minimal two seat passenger area and a short rear deck. This same philosophy would be the basis for the Corvette for more than 50 years. 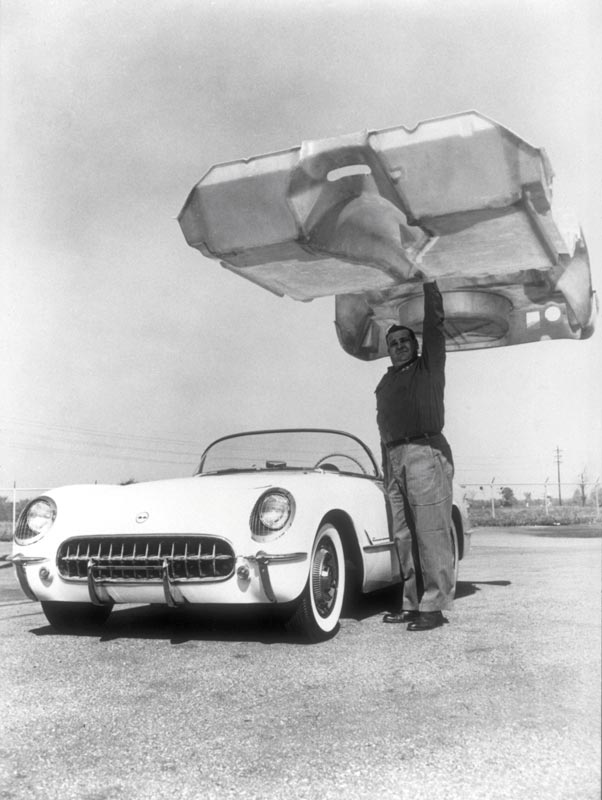 In the beginning, all Corvettes featured fiberglass bodies. The material was relatively new in 1953 when the first Corvettes appeared. It was renowned for its light weight - as per the photo to the right - and can be thought of as the carbon fiber of the 1950s. At that time only a few cars available to the public featured fiberglass bodies but the material was popular with design studios as it was a low cost method to quickly create interesting body styles.

As the technology advanced, more modern composite materials were used and fiberglass, as used in the first Corvettes, was phased out. 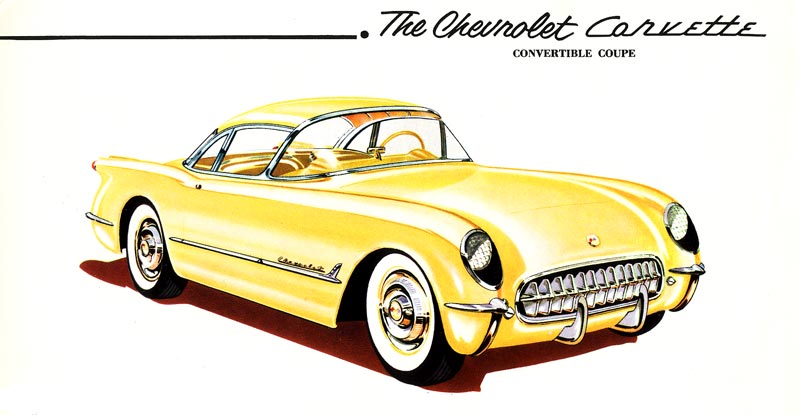 Corvette started life in fiberglass form mostly out of necessity. Only 300 were made in the first production model year and fiberglass is well suited to low volume production since creating the tooling to stamp out steel panels is expensive. Labor and supply problems with steel also contributed to the decision to build a fiberglass body for the Corvette. Years later Corvette production would climb to numbers that favored steel production which was more efficient as steel bodies did not need time to cure inside of molds. Tradition, always an important factor in the Corvette story, dictated that the distinctive fiberglass body material would remain in use.

The use of fiberglass as a body material brings up another sometimes controversial Corvette subject: build quality. Through the years it has varied, being poor in the beginning and improving as customers demanded better paint jobs and fit / finish. Early Corvettes had large panel fit problems; you can even see this in the photographs, so up close and in person they are very obvious. Another problem is panel waviness. This can present a dilemma to anyone who is restoring a Corvette. Do you keep the panel as it was delivered from the factory or should it be smoothed out?

Fiberglass played another roll in the Corvette story. Certain shapes and styling themes can favor steel or fiberglass body construction; it is part of the nature of the characteristics of both materials. This explains the many distinctive styling advantages the Corvette has enjoyed over the years. 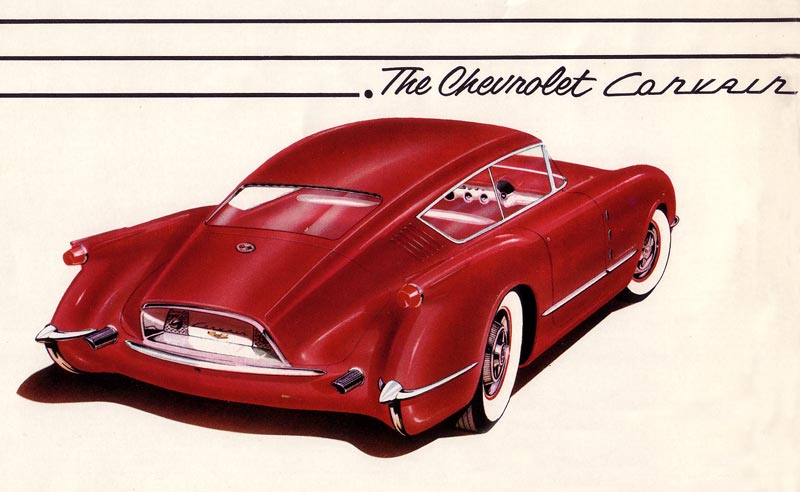 Chevrolet actually had some big ideas that involved a series of cars with a similar styling theme and fiberglass construction. Above is the Corvair and below is the Nomad. Poor sales of early Corvettes put an end to the plans. Both names would be applied to steel bodied models years later although the styling would be different.

Interesting trivia dept.: The name Corvair is actually a combination of "Corvette" and "Bel Air", another Chevrolet model. 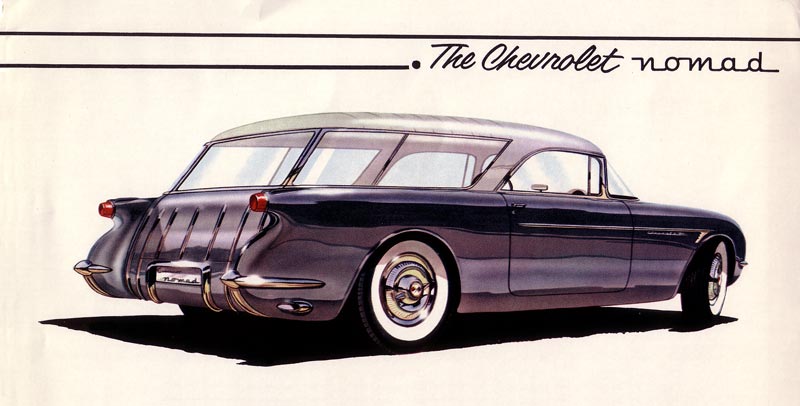 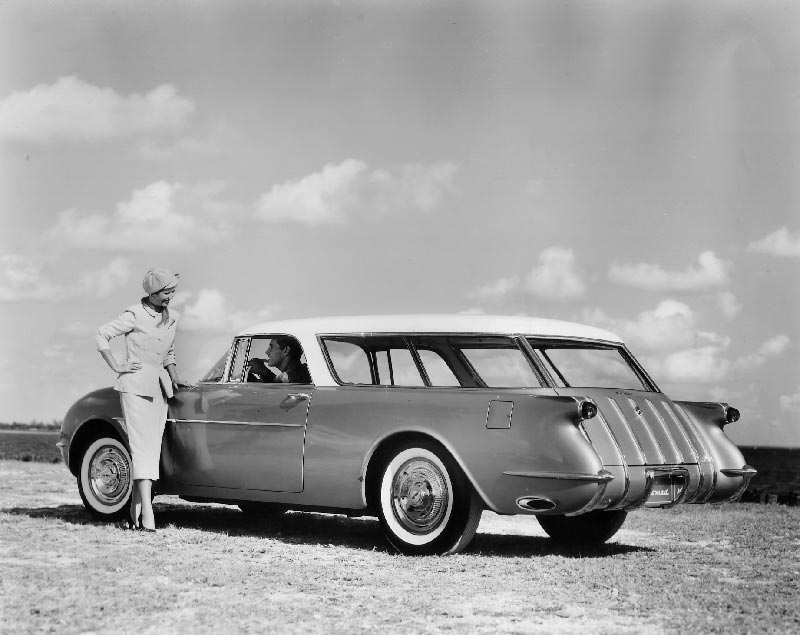 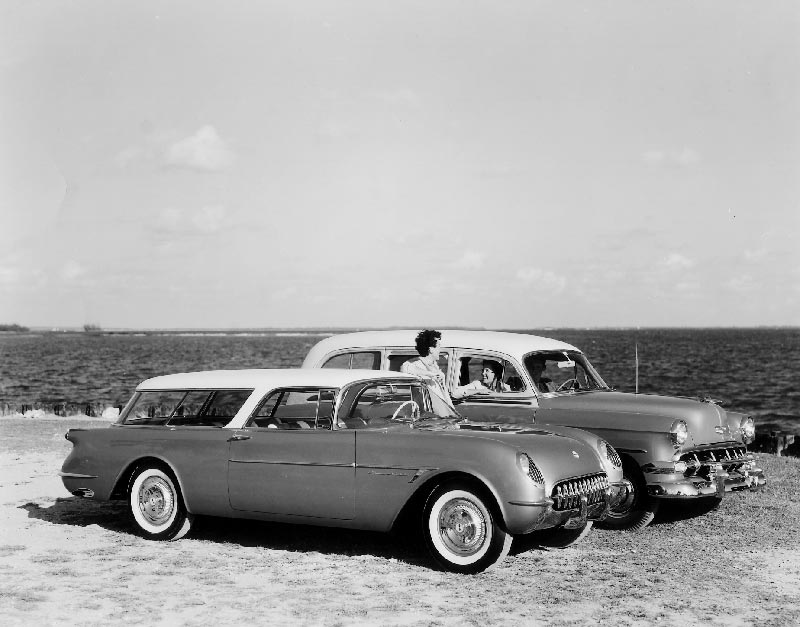