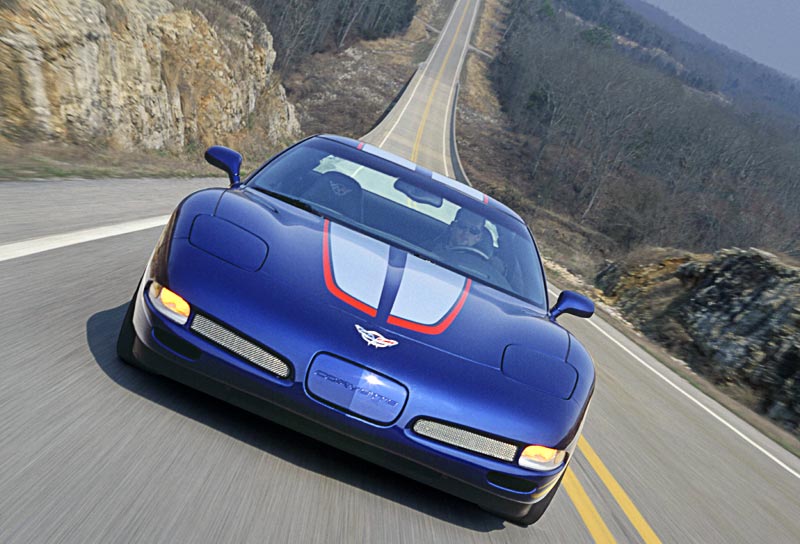 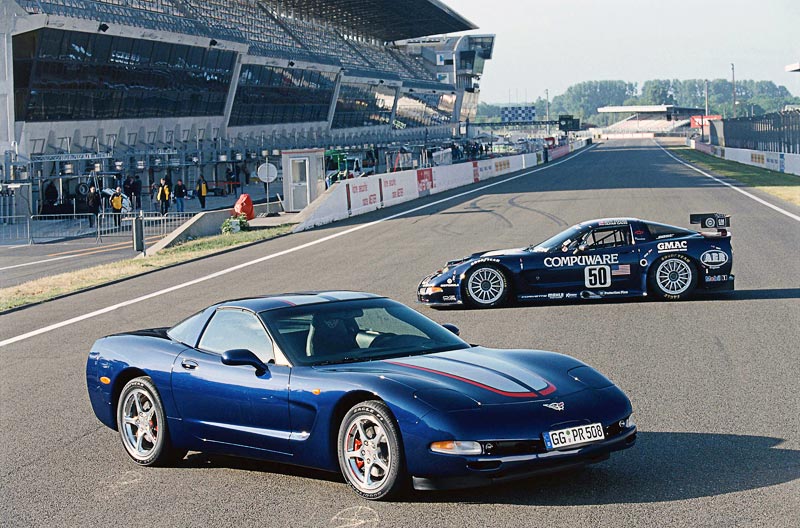 Special C5 Corvette race cars (below right), with the designation of C5-R had seen consistent success in the most demanding race, the 24 Hours of Le Mans. This was a factory effort which had resulted in podium finishes (third place or better) in the last 29 races and victories in the last 20 races. 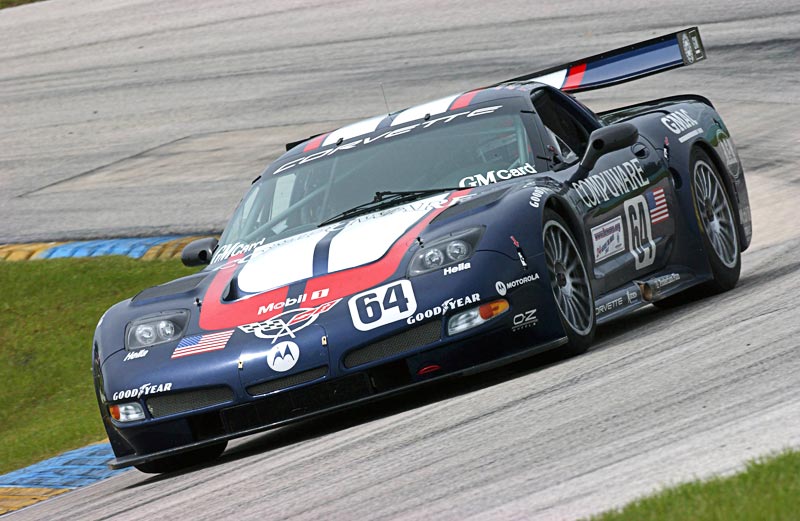 The C5-R record in the GTS class at Le Mans was impressive:

Suspension tweaks improved handling of the Z06 without a sacrifice in ride quality.

The hood for the Z06 Commemorative Edition was carbon fiber. It was the first use of the exotic material for a painted exterior panel on a car built in North America and was an experiment of sorts for GM. The carbon fiber advantage of high strength with less weight was realized with a 10.6 pounds weight saving. The inside hood panel is a hybrid of carbon fiber and Sheet Molded Compound (SMC). 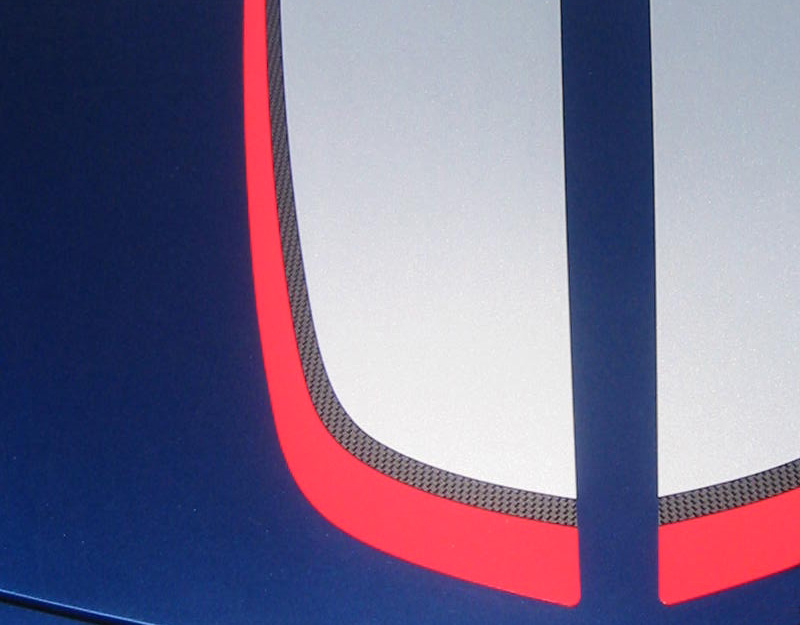 Specifically developed for the Corvette, the Commemorative Edition Z06 hood achieves a higher level of exterior finish quality than previous automotive applications of carbon fiber. On most carbon fiber parts, the woven pattern of the material is easily seen beneath the exterior finish. To diminish that effect and preserve the rich LeMans Blue paint finish, on the Commemorative Edition Z06 the carbon fibers are aligned in a single direction.

The only visual cue that the hood is made from carbon fiber is in the red border surrounding the silver graphic on the car, which is arranged in a woven pattern signifying the material that lies underneath. The overall result is a finish consistent with the rest of the car that gives just a slight hint at the carbon fiber construction.

For the sixth time a Corvette was chosen to pace the Indy 500, with actor Morgan Freeman assigned the driving honors. 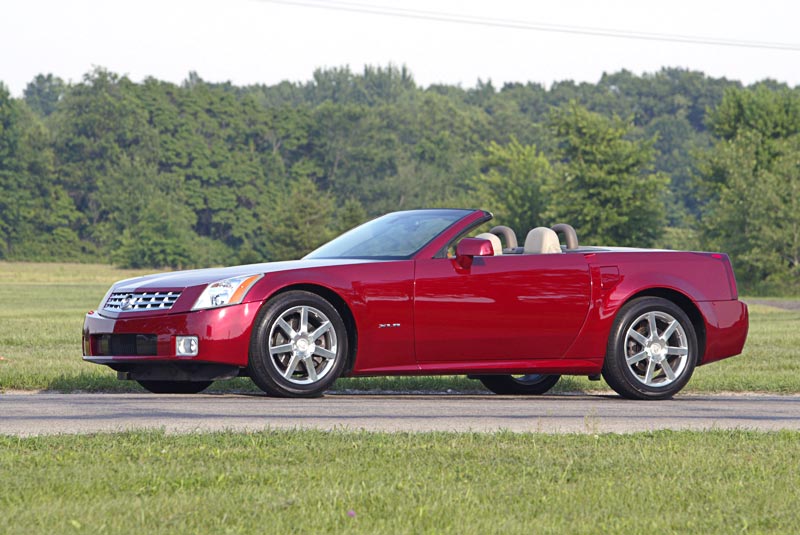 A new Cadillac, the XLR, was introduced in 2004 and was built alongside Corvettes in the Bowling Green KY assembly plant. A new era would begin as the fortunes of both the Cadillac and Corvette would be connected. The XLR ended production in the spring of 2009.

The C5 would be a tough act to follow. The technology advances, such as the Magnetic Selective Ride Control and the "drive by wire" throttle, had been extraordinary. New ground was also broken with the Z06, a high performance model that effectively revived the dual purpose race track / street sports car concept. But the competition had also been making progress, and it had never been part of the Corvette's DNA to back away from a challenge. Things were getting interesting.