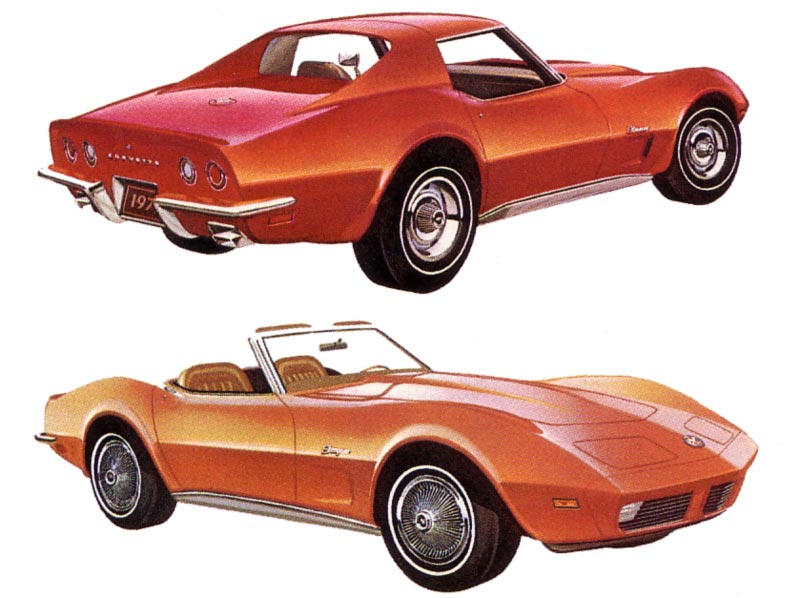 Government mandated safety regulations that made their first appearance in 1968 became more intrusive with the introduction of the 1973 Corvette. New laws required all cars to be able to sustain a five mph impact on the front without damaging lights or other safety gear. The bumper system consisted of a injection molded urethane cover, which, due to the flex agent in the paint, was often a slightly different shade than the rest of the car. 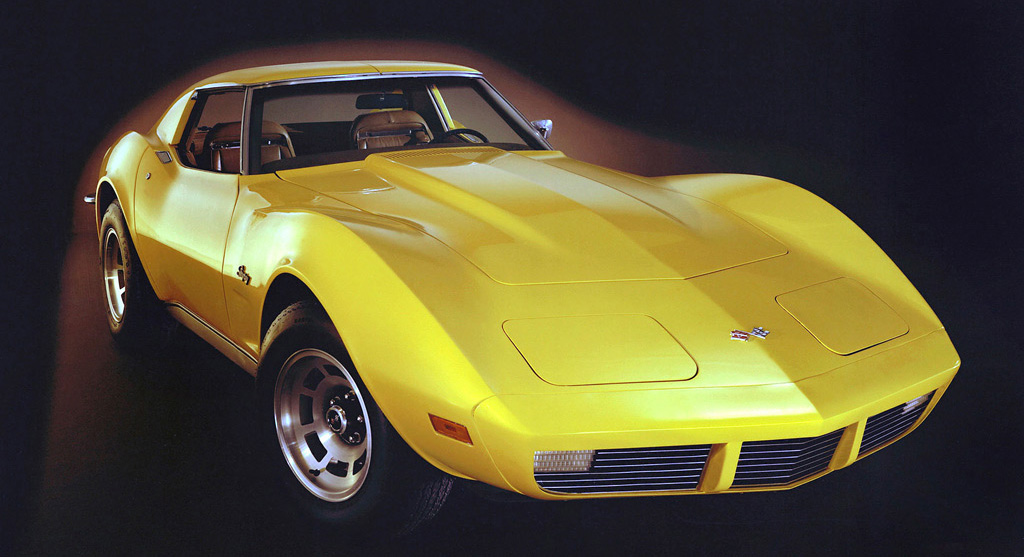 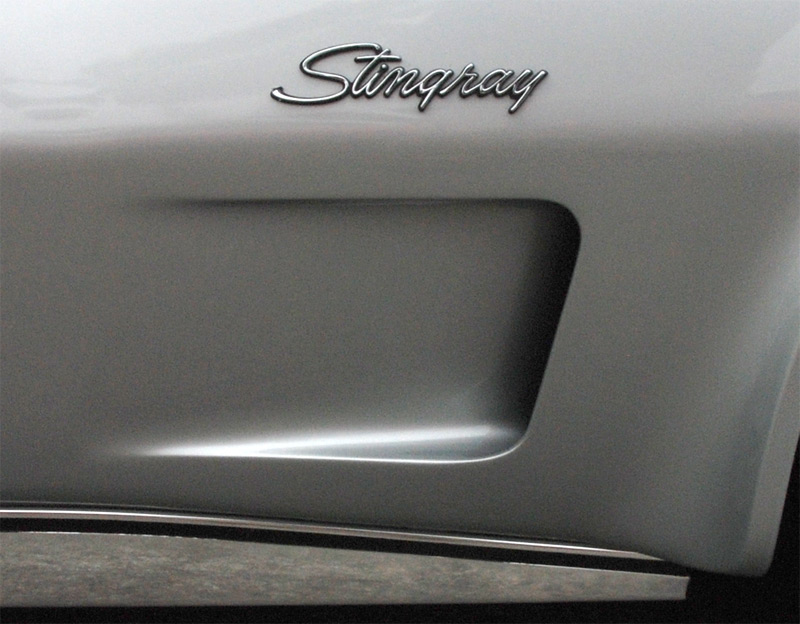 Also gone was the "ice cube" style grille front fender louver, which was replaced by a rather bland and untrimmed recess which implied brake cooling. The "Stingray" script remained.

Although the front bumper got the urethane cover treatment, for 1973 only the rear bumpers were still chrome.

A new hood made an appearance in 1973 and the new design eliminated the need for the moveable panel that was raised to allow the windshield wipers to do their thing. The mechanism was troublesome so it probably wasn't missed.

The rear window would no longer be removable. The idea was to give a more open feeling, but excessive wind buffeting meant that it was little used.