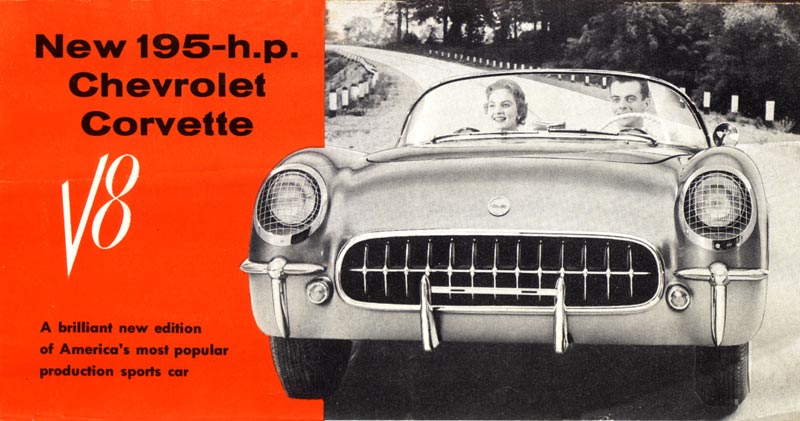 A new focus for the Corvette arrived in the form of a thoroughly new V8 engine which would be known and loved as the "Chevy small block". More than what the Corvette needed, it was also a major milestone in automotive engines. The engineering was advanced and featured a compact design, overhead valves and low production costs. Whenever a list of the worlds most significant automobile engines is compiled, the Chevrolet small block is always included. 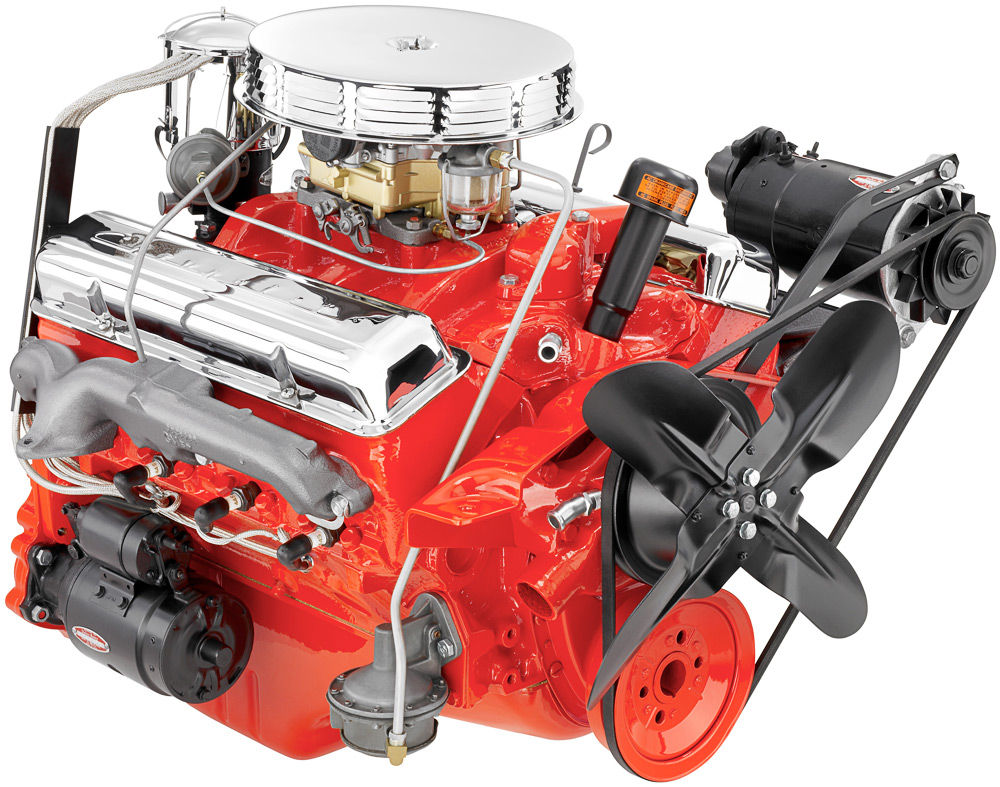 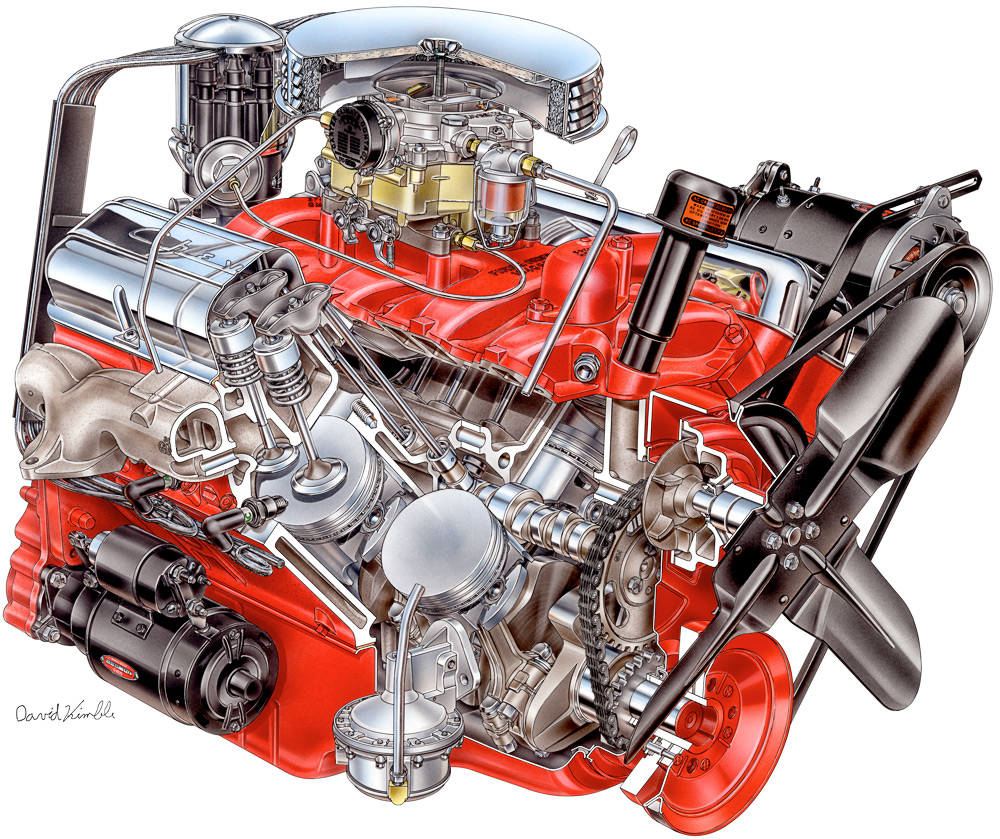 Above: Cutaway drawing by David Kimble of the new small block engine.

Below: As installed in a 1955 Corvette. Its weight of 531 pounds was 41 pounds less than the six cylinder, which aided handling. 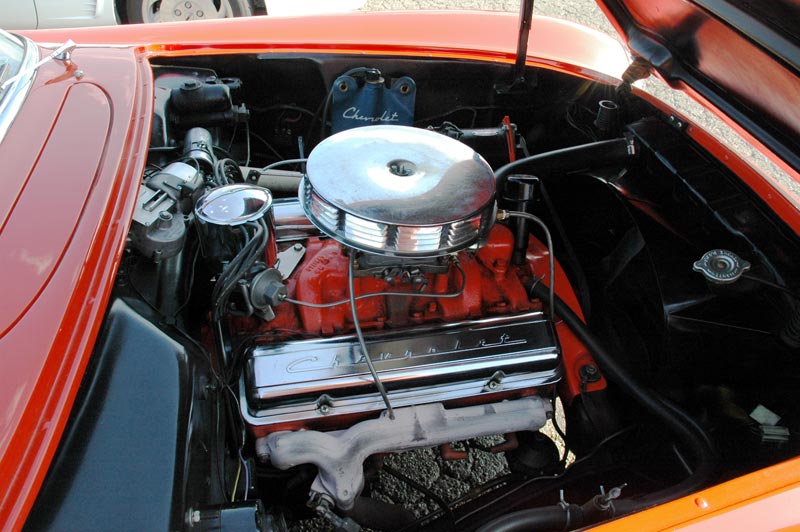 All but seven of the 1955 Corvettes received this wonderful new engine; the remaining very rare cars were delivered with six cylinder engines. Additional colors were available. A few "Corvette Copper" (kind of a bronze) Corvettes were built along with Gypsy Red and a Harvest Gold. V8 engined cars would get a 12 volt electrical system; six cylinder Corvettes made do with a six volt system. An electric windshield wiper was also part of the V8 package.

700 Corvettes were produced in 1955. Chevrolet wisely did not repeat the overproduction mistake of 1954 and instead produced only what could be sold. 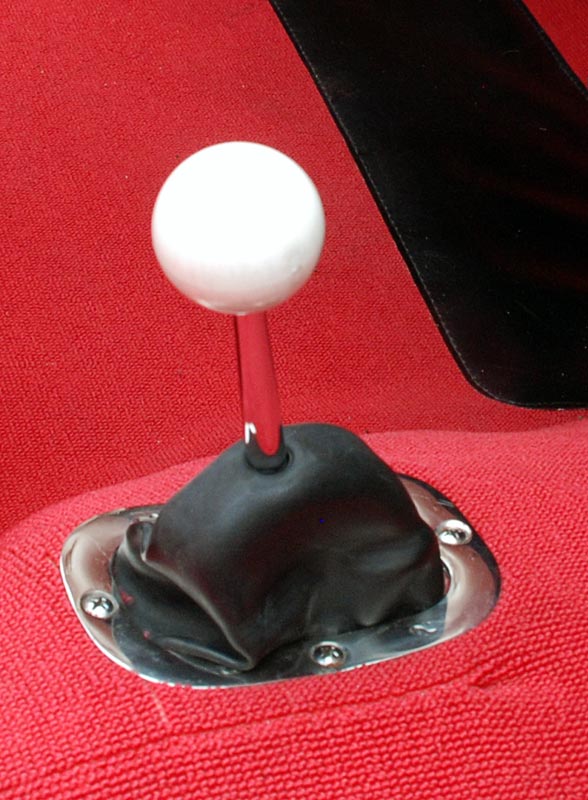 A few late production Corvettes, approximately 75, were equipped with a three speed floor mounted manual transmission. The remaining performance element - a four speed transmission - would have to wait for another time.

Above: 1955 V8 equipped Corvettes can be identified by the gold "V" in the "Chevrolet" side marking. 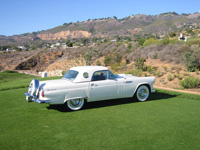 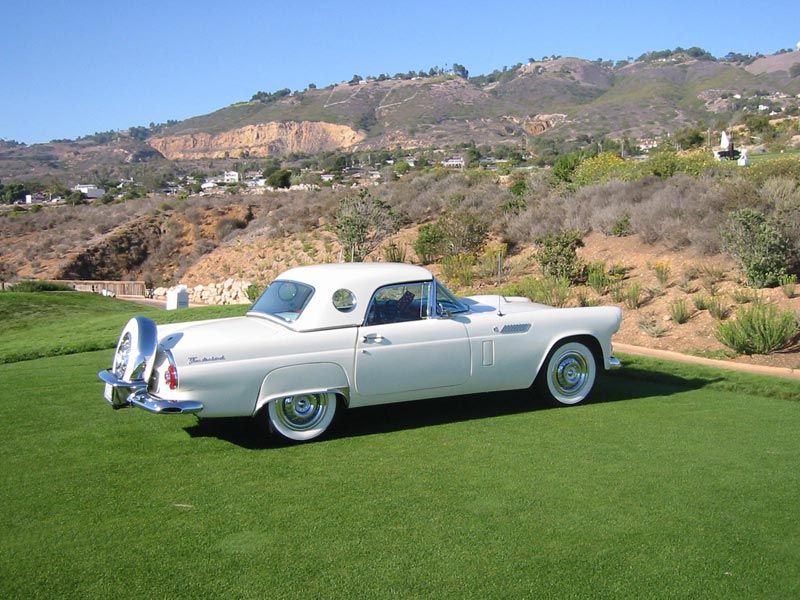 With such a disastrous beginning, how did the Corvette survive? After three model years, it did not look good. Chevrolet had a new plant capable of producing 10,000 Corvettes a year, yet only sold 700 in 1955. Customers did not seem interested and dealers, many of whom lost money on 1954 models, less so. Under most circumstances, a car company would just cut their losses.

We still have the Corvette over 60 years later because Ed Cole, the GM executive who believed passionately in the car and Zora Arkos-Duntov, the engineer who would later be instrumental in the direction of the Corvette. There was also the 1955 Ford Thunderbird.

Ford and Chevrolet fans do not normally get along. But this is one instance where Chevrolet followers should be offering to purchase their Ford counterparts a beverage of their choice. In 1955 Ford introduced the two seater Thunderbird which was classified as a "personal luxury car". Ford did not make the same mistakes Chevrolet did with the Corvette and equipped it so that it would have a market. It succeeded, which presented a dilemma for Chevrolet: should they abandon the Corvette, it would appear that they had lost in the two seat category. Corporate egos are powerful things and a new Corvette would be available in 1956.

What happened next is well known. The Thunderbird would cease as a two seater in 1958 and then go in a confused direction, gaining weight and losing performance along the way. It would disappear from the lineup and then reappear as a clone of its old self in 2002, only to disappear again after three model years. The Corvette, despite shaky beginnings, would find its groove, survive and prosper for many more years. 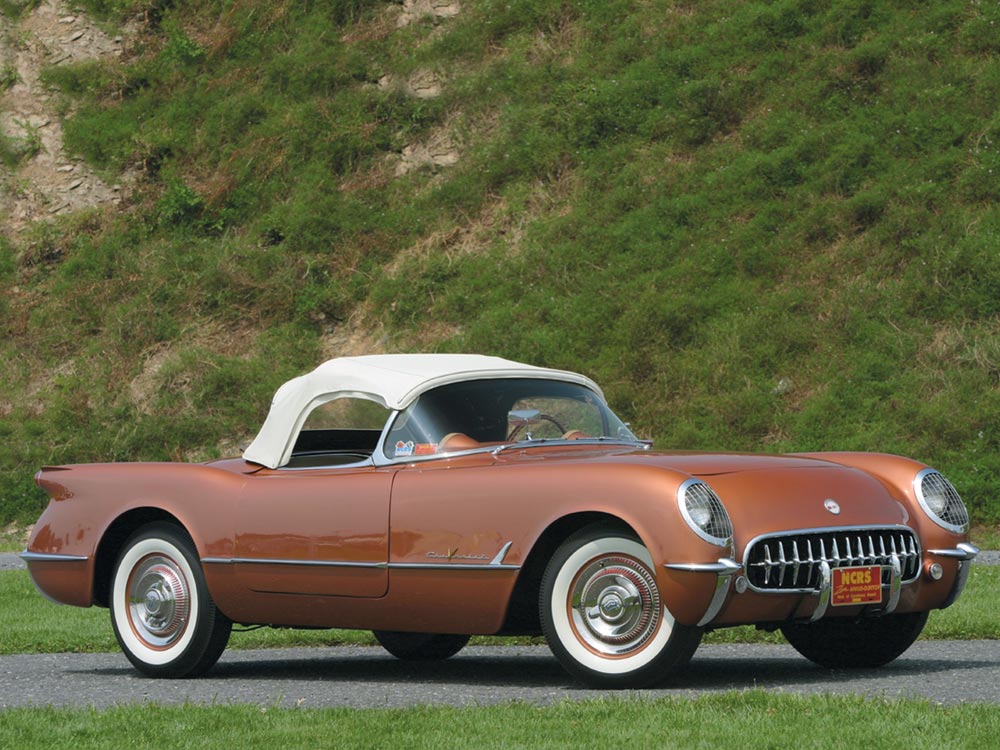 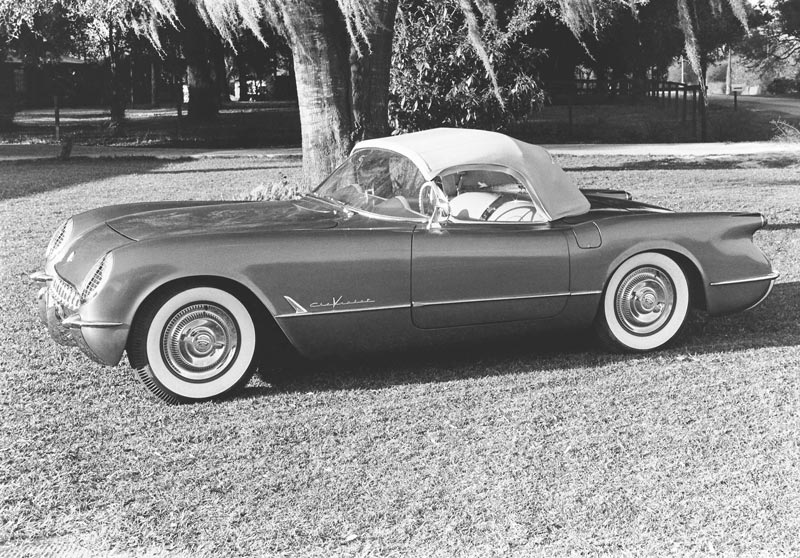 Above: : Official GM press photo of the 1955 Corvette. 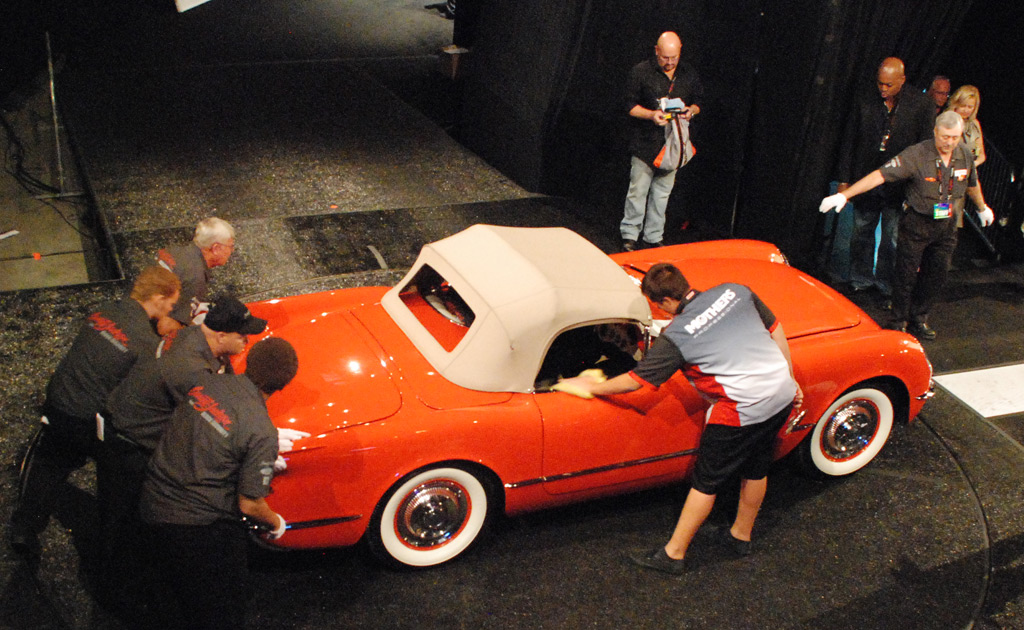 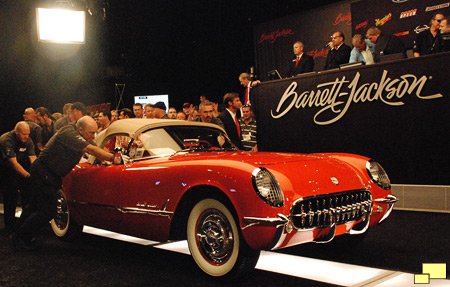